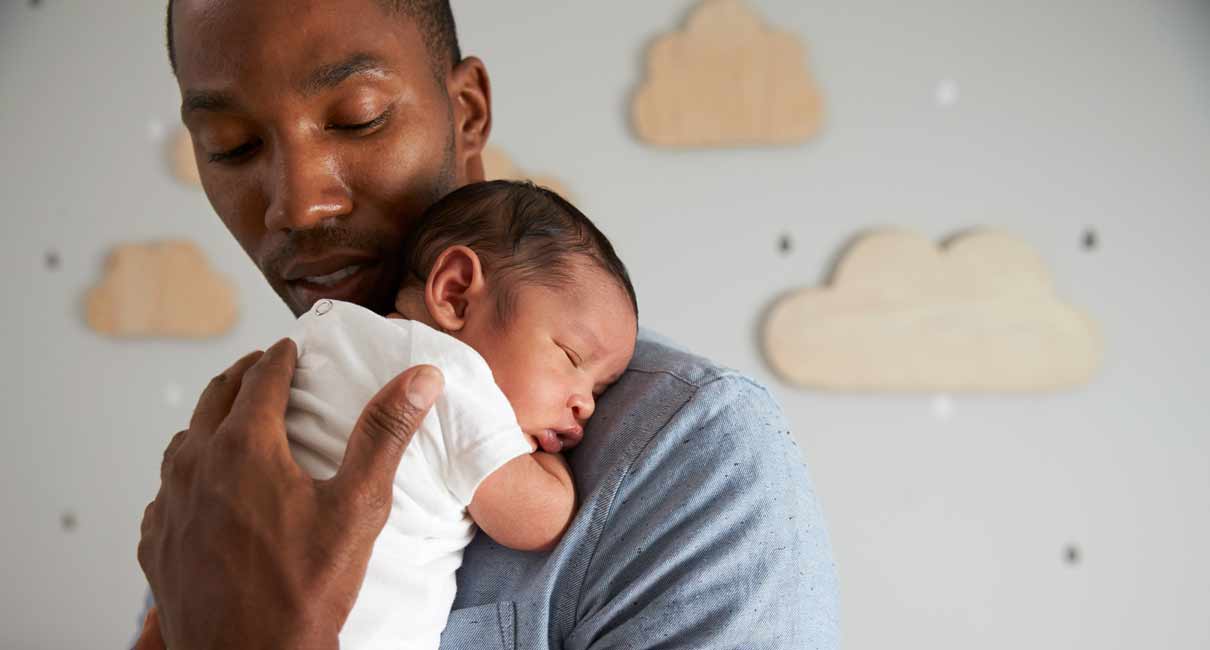 What do you think of when you hear “Happy Father’s Day”? Perhaps it’s your son or daughter celebrating the joie de vivre with you. Or maybe it’s a reflection on the wonderful time you spent with your father. Whatever the case may be, Father’s Day is a celebration of life and a time of encouragement for fathers to be active and involved in the lives of their children and family.

Yet every year, I witness pro-abortion groups like NARAL Pro-Choice America exploit Father’s Day to push their radical agenda by encouraging men to support the lawful killing of their children. I ask myself, how can NARAL encourage vocal pro-abortion men, yet attempt to silence pro-life men? They have even had the audacity to share the same image, virtually every year, of a father and his child attending a pro-abortion event. I subsequently ask, how can someone so seemingly immersed with love for their daughter simultaneously fight for a legal right to kill her before she was even born?

Pro-life men often share similar experiences of exclusion from the abortion discussion because of a notion that because men can’t experience pregnancy, we therefore lose validity. Nothing could be further from the truth. Violence against the most marginalized and youngest members of humanity affects everyone, and every man should use his voice to speak out against it.

Specifically, partners are usually the first person a woman turns to in crisis, and 82% of men whose partner had an abortion knew about the abortion ahead of time. Over one-third of abortions are performed on mothers because of “partner-related reasons,” including a lack of partner support, domestic violence, or even coercion. Mothers feel pressured into abortion because of inactive and oppressive fathers and because of patriarchal social structures that have treated women like property for centuries.

I want to live in a world free of violence, especially violence between two human beings, and in a world where no human being can declare another human being unworthy to live. Supportive fathers play a huge role in making this shared vision a reality, by providing support to both their partners and children in order to prevent abortion. The global abortion monopoly pours so much time and effort into pushing a narrative against pro-life men for this reason alone; they would lose billions of dollars if men did stay with their partners through pregnancy and raised a family with them.

In addition to invalidating male pro-life activists, the industry effectively eliminates the existence of any kind of grief a man may have after a partner’s abortion, in addition to silencing of women with negative abortion experiences. Abortion grief for mothers and fathers alike can happen instantly, but more likely doesn’t make waves for decades.

Men often experience a loss of autonomy if their child is legally killed without their consent. Some unknowingly suppress their feelings and cope through the use of drugs and alcohol. Because culture doesn’t even acknowledge abortion grief — much less abortion grief of fathers — men may have no clue that the reason they are so angry, depressed, and isolated may be because of their abortion experience decades prior.

NARAL’s encouragement of lost fatherhood isn’t something to be promoted at all, especially on a day of celebration for life-affirming fathers. If you are a man who has experienced an abortion, and you want to be #SilentNoMore, please visit LostFatherhood.org.

I saw NARAL’s Father’s Day post in 2018, which inspired me to launch Men for Life and lead the charge to counter the status quo and advocate for men to be agents of love and support in their families. Men for Life encourages men to be informed, active, and purposeful while defending human life. Visit us at MenforLife.org to find out more ways that you can be involved!

TJ Burgess is the CEO of Men for Life.