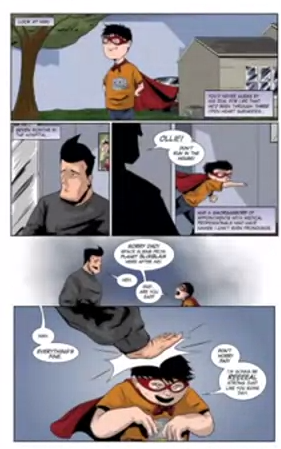 It would be an understatement to call Chip Reece a comic book aficionado. He writes comic book reviews at StashMyComics.com and even creates his own comics…when he’s not being a social worker or spending time with his son, Ollie.

Ollie has Down Syndrome, and was the inspiration for Chip’s graphic novel, Metaphase.

Chip wanted to share his love for superheros with Ollie, but couldn’t find a series whose superhero had Down Syndrome like Ollie. So he created his own.

Chip crowdfunded Metaphase through Kickstarter, raising over $9,600 after setting a goal of just $6,000. The additional funds raised allow the book to be published in full color. 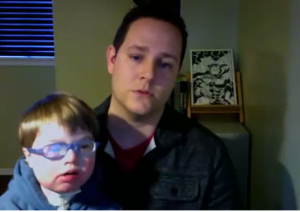 Chip Reese with his son, Ollie

Metaphase recently became available in paperback. Follow Chip on Twitter to learn more about Down Syndrome and other superhero news.