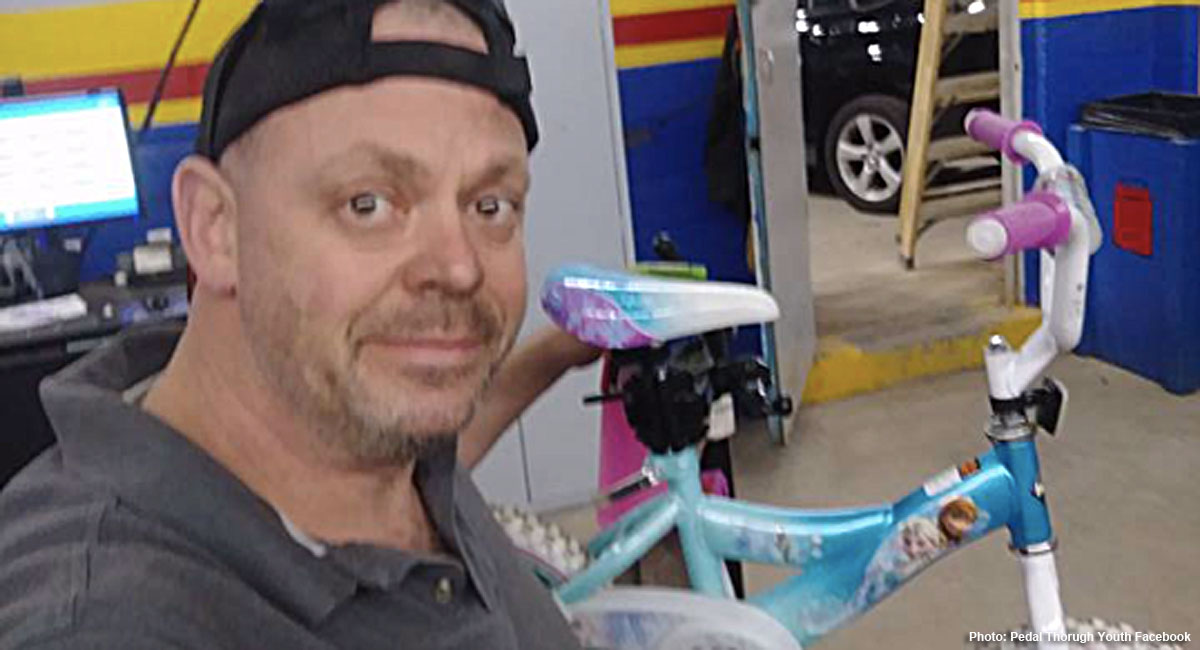 When someone is told he’s going to die, there are decisions that must be made. Does he fight for his life? Try to alleviate the pain in his final days? Spend time at home with family? Or, thanks to the increase in the availability of assisted suicide, does he choose to die now? For Bob Charland, the thought of pursuing assisted suicide was an option. But he found a new purpose instead — and that gave him the will to continue living.

Charland previously worked as a bouncer at a nightclub, which meant he had to face people he kicked out who occasionally got violent. Twice, he suffered severe beatings, which gave him brain damage. He began having problems with headaches, memory loss, and tremors. Then, last year, he was diagnosed with a cyst in his brain and a tumor in his frontal lobe. “My doctor said my brain looked as though it belonged to a 70-year-old man,” he said in an interview with the Washington Post. He originally thought about assisted suicide, explaining, “I didn’t want to be a burden to anybody.”

This is not unusual; according to numerous studies — including ones from the New England Journal of Medicine and the British Medical Journal — have found that many people do not pursue euthanasia to avoid a painful death from their disease. Instead, they often are feeling hopeless, are struggling with depression, have no support, and are worried they will be a burden to their loved ones.

But a phone call changed everything. A counselor from a school for underprivileged children called and asked if Charland had any bikes to donate, and that turned into a new mission. “That changed my whole mind-set,” he said. He created a non-profit organization, Pedal Through Youth, through which he has spent over $10,000 of his own money restoring bikes for kids. He also works with local law enforcement to give bikes and helmets to kids, as well as give them bicycle safety lessons.

“I realized that I could still get up every day and do the projects that I want to do to help people,” he said. Many of the children he gives bikes to live in low-income neighborhoods, and have come to know him as Bob the Bike Guy.

“To spend time with these kids and see their smiles is an amazing feeling,” he said. “Sometimes, for the first time in a long time, they see that somebody cares.”

The bikes even brought love to his life, as he met his wife, Joanne, through the organization after she donated some bikes. While Charland does not know how much longer he has to live, he chooses not to focus on that, and instead, focuses on his families, the good days he has, and his ability to bring joy to the lives of children.

“My brain will continue to get worse and at some point, I will die,” he said. “But I’m not there yet. Why not continue doing what I love?”