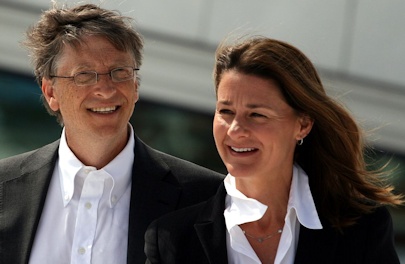 After a conference in Toronto this month, Melinda Gates wrote on the Foundation’s website that because of the controversy around the topic, “the Gates Foundation has decided not to fund abortion.”

But is it true? Does the Gates Foundation really refrain from funding abortion around the world?

Father Shenan J. Boquet, president of Human Life International called the statement “outright deception.” Fr. Boquet notes that, “The Gates Foundation has in the past and will continue to give tens of millions of dollars to the largest abortion providers in the world, including International Planned Parenthood Federation and Marie Stopes International. These large sums of money will undoubtedly expand the reach and influence of the abortion industry.”

Much of this giving is focused on Africa, Asia, and Latin America, where abortion-providers like Planned Parenthood, Marie Stopes, and Ipas seek to overturn pro-life laws and sometimes even provide illicit abortion drugs.

While Gates Foundation funds cannot be earmarked for abortion, the fungibility of money makes it easier for these organizations to provide abortion internationally.  In other words, every dollar the Gates Foundation gives to Planned Parenthood for distributing birth control or building an abortion-friendly clinic frees up a dollar in Planned Parenthood’s budget to spend elsewhere.

If aid is fungible, it simply does not matter what donors finance. They may end up financing, at the margin, very different and perhaps undesirable activities. When the recipients of these funds are the world’s leading abortion providers, it’s not hard to figure out where newly freed money in their budgets will go.

The Gates family has long been intertwined with Planned Parenthood. In a 2003 interview with Bill Moyers, Bill Gates recalled, “When I was growing up, my parents were almost involved in various volunteer things. My dad was head of Planned Parenthood. And it was very controversial to be involved with that. And so it’s fascinating. At the dinner table my parents are very good at sharing the things that they were doing. And almost treating us like adults, talking about that.”

This is not the first time Melinda Gates has eschewed the Foundation’s links to abortion in the media. In a 2012 interview with Newsweek, she declared that “From the very beginning, we said that as a foundation we will not support abortion, because we don’t believe in funding it.” At that time she branded her global health initiative “No Controversy,” assuring pledge-givers that “This is not about abortion.”

The platform included partnering with the United Nations Population Fund (UNFPA) for implementation. The UNFPA has long been under fire for helping to administer China’s brutal “one-child policy” which forces women to undergo abortion and sterilization.

At a 2013 “No Controversy” conference hosted by the Gates Foundation in Ethiopia, workshops for the nearly 3,000 participants prominently featured abortion!  Sessions led by representatives from Planned Parenthood, Marie Stopes, and Ipas included “Efforts to Implement Policies that Expand Access to Safe Abortion,” “Access to Safe Abortions,” “Abortion and Quality of Care,” and “Abortion: Before and After.”

According to C-FAM, “Abortion [was] also the topic of two of the five poster exhibits and several ‘topical roundtables,’ including an Ipas-chaired discussion promoting the World Health Organization’s problematic guidelines on how to do abortions.”

So much for “No Controversy!”

Father Boquet and other pro-life groups also contend that the Gates Foundation promotes not only contraception, but also abortifacients that end human life at its earliest stages.

Fr. Boquet said, “While Ms. Gates claims to only be focused on contraceptives, what is often not discussed in public about these drugs and devices—and certainly not disclosed to the women in the developing world who receive Ms. Gates’ contraceptives—is their potential to cause abortions at the earliest stage of pregnancy. Conception can still, and often does, occur even when these methods are being used, and that new life in the womb is then destroyed due to their effects on a woman’s body.”

Melinda Gates hopes to raise $4 billion by 2020 to supply various forms of contraception and birth control, including abortifacients, to 120 million more women in the developing world.