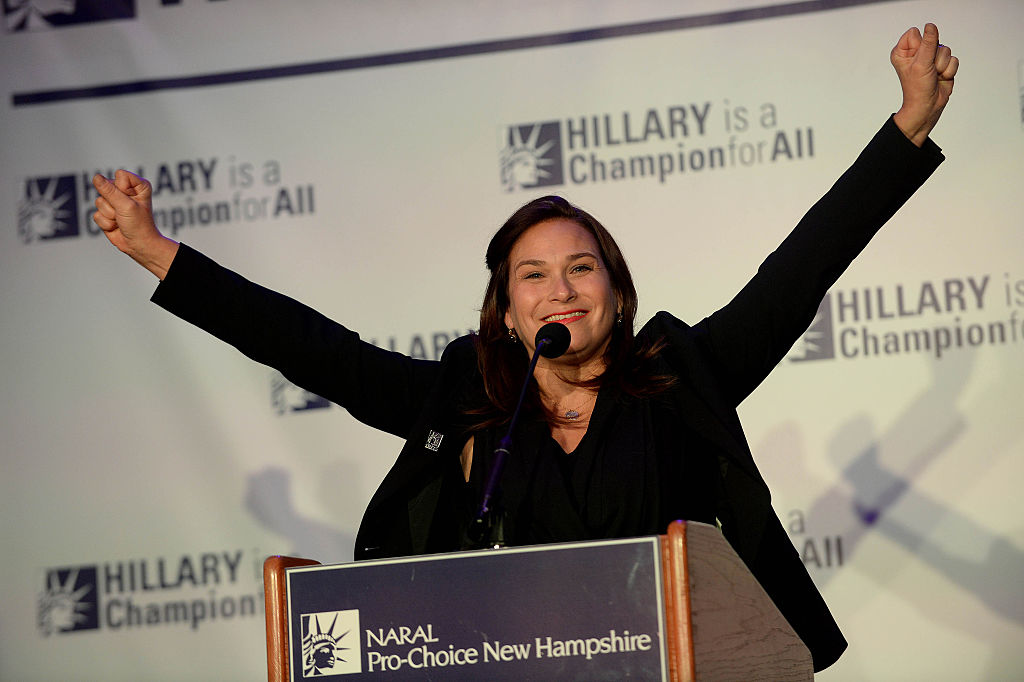 Ilyse Hogue, the long-time president of NARAL Pro-Choice America, announced in an interview with the New York Times that she will be stepping down. In the discussion, Hogue claimed that most Americans support legal abortion, and disturbingly, that pro-lifers should not be welcomed in the Democratic Party.

Do most Americans really support abortion?

Hogue began by arguing that Roe v. Wade is in danger of being overturned and claimed that the country overwhelmingly supports abortion. “One of the lessons that we learned over the last eight years is that constant vigilance is required to secure all of our rights,” she said. “When I came in, the whole conversation was: ‘Oh my God, the country is so divided. It’s all 50-50.’ Everybody understands that’s not true now. Everybody understands that the majority of Americans support legal access to abortion.”

A common claim made by those in the abortion lobby is that nearly everyone agrees with Roe v. Wade, and that pro-life activists are out of touch with reality. In 2018, on the 45th anniversary of Roe v. Wade, NARAL proudly trumpeted across social media the claim that 7 in 10 Americans support abortion. But there is much more nuance in this than Hogue would like to admit. While it is true that most Americans want to see abortion remain legal, they also overwhelmingly want it heavily restricted, with the majority wanting it permitted only in the first trimester or in very limited certain circumstances, and they support things like parental consent and informed consent laws.

You’re allowed to have pro-life “feelings” as a Democrat, but you can’t act on them

Hogue then discussed the Democratic Party, which has become more and more extreme on the subject of abortion — something she even acknowledged. “When I came to NARAL, the Democratic consensus toward abortion rights was mostly check the box and move on, with some amazing exceptions. And if we have to let an anti-choice member sneak through, so be it. That’s just part of the play,” she said. “That’s not happening anymore. We had every single Democratic presidential candidate release a plan on how they’re going to address the crisis in reproductive freedom. We had them outcompeting each other in debates. We saw the largest day of action ever on abortion rights against the abortion ban in 2019. I think that politically it is not a salable point anymore that you can’t be an active champion.”

In 2016, the Democratic Party officially added support for taxpayer-funded abortion to its official party platform; the current platform is similar, calling for virtually all restrictions on abortion to be overturned. In 2017, Democratic National Committee Chair Tom Perez said supporting abortion is “non-negotiable” for party members — and that sentiment was echoed by Hogue in her New York Times interview.

“There always has been and there always will be room in the party for individuals who have all sorts of different feelings about everything, and abortion is no exception. What there is zero room in the party for is people who would oppose the seven in 10 Americans who don’t think politicians should be governing their decisions about pregnancy and family,” Hogue said, adding, “We cannot pretend that this is a benign difference of opinion when, in fact, you’re trading away fundamental freedoms for Americans.”

Of course, abortion itself deprives human beings of their most essential, fundamental freedom: the right to life. It’s a scientific fact that preborn children are living, growing humans, and the very thing Hogue advocates for is depriving Americans of their most basic human right.

Additionally, there are numerous pro-life Democrats, and their voices deserve to be heard, even if Ilyse Hogue disagrees with them. Even notable Democrats have begun warning that the party has become too extreme on abortion, while the abortion industry, headed by people like Hogue, keep pushing the party further and further toward abortion — and out of step with the American people.

Polls estimate that over 20% of Democrats identify as pro-life, with even higher numbers describing abortion as “morally wrong.” By shunning these people, and arguing that they have no right to exist within a political party, Ilyse Hogue is making it clear: the abortion industry and its backers have no interest in being pro-choice. Their stance embodies the notion of being pro-abortion above all else.