Everyone’s pro-life. That is, everyone supports some people living. Many pro-abortion activists care deeply about saving the lives of domestic violence victims. Even Hitler, evil personified to 21st century Americans, was pro Aryans living long, healthy lives. What should distinguish pro-lifers is that we care about all lives, not just some.

But that’s a difficult task. Pro-lifers sometimes believe if a pregnant mother would only say “no” to abortion, the battle for life would be won. Sometimes, this is the case. But for many unborn children, escaping abortion is only the first step. When I was pursuing my Master’s in Counseling, I interned in a juvenile jail. A large percentage of incarcerated teenage girls are pregnant, have a child, or have aborted. As I spent hours counseling the girls, they opened up about their lives and their kids.

Most of the girls came to jail addicted to drugs or alcohol. Few were on track to graduate high school. And when they talked about how they earned money, many mentioned prostitution. Yet, as they talked about their children, there was love in their voices. Even the ones who had aborted talked fondly of feeling their unborn child kick or dreaming of holding him.

But most of these girls weren’t going to properly raise a child. The children who hadn’t been aborted were either with grandma or placed in foster care. Baby Daddy had long since fled town. That is, if the girl even knew which man, (many of the 14-year-olds slept with 30-year-olds), had fathered her child. 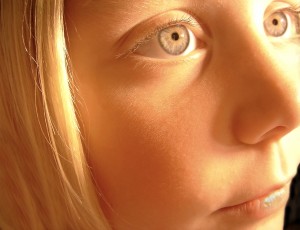 She needs a home, just as much as a newborn does.

Infant adoption, that’s the key, many pro-lifers say. There are hordes of infertile couples longing to adopt a healthy infant and willing to pay through the nose to do so. These parents-in-waiting are often well-educated, wealthy, loving, and exceptionally well-prepared. Perfect solution for incarcerated, drug-abusing pregnant women, right?

Wrong. I know the drug-abusing teens I worked with in the jail. They aren’t going to give their baby up for adoption. First off, you need the fathers’ consent. Most of those men are too irresponsible to sign away their rights. I counseled one girl who aborted just so she didn’t have to deal with the sex-offender birth dad.

Second, it takes a strong woman to sign away her rights before even seeing her child. No, the teens I worked with would keep their baby while he’s snuggly. Neglect him some. Skip the pediatrician visits. The baby will turn one and he’ll start getting into trouble. Maybe Mom will leave Baby home alone while she goes to a party and the neighbor will call social services. The “terrible twos” may inspire physical abuse or perhaps Mom’s latest boyfriend will sexually abuse him. The child will be taken away to foster care.

At this point, the child’s been neglected, abused, and “damaged” in the eyes of couples who wait in line for domestic infant adoption.

Twenty-five percent of children admitted to foster care are ages 0-3. Many are drug-exposed infants directly from the hospital. Few people are lining up to foster these babies. Though foster care says they’ll pay for daycare, there is a long waitlist. Since foster housing is temporary, children often move on before the funds come through. So many foster parents either only take school-aged kids or are forced to become a single income family.

Though most young children admitted to foster care end up needing an adoptive home, foster parents have no guarantees. You must give a child your heart while knowing you’re one social worker’s phone call away from returning him to less than stellar birth parents.

Is it any surprise that not enough adults are signing up for the job? Since there’s always a shortage of foster parents, social workers are sometimes forced to accept less than ideal foster families. Perverts have been known to sign up for foster care so they can have a stream of victims. There are terrible accounts of foster children being abused by foster families.

Foster care needs pro-lifers. Fully embracing every life takes more than passing a law against abortion or convincing young girls to keep their babies (though that’s necessary, too).

Being fully pro-life demands an all out, self-sacrificial overhaul of society where we really do embrace the “least of these” no matter their age, problems, criminal history, or substance abuse.

Many pro-lifers have already answered the call. But even more are needed. Do you have what it takes to be a foster parent?