Let’s be better than our opponents. 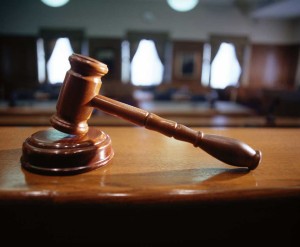 During the last two weeks since the national spotlight centered on Kermit Gosnell, the now infamous late-term abortionist who faced murder charges for severing the spinal cords of live children after birthing them in his abortion clinic, America’s eyes were trained on the Gosnell jury as we waited for the fate of this man to be decided. On May 13, the verdict was announced, and Kermit Gosnell was declared guilty of first-degree murder in three of the four charges against him.

Each one of these verdicts makes Gosnell eligible for the death penalty. While the pro-life movement is rejoicing that Gosnell’s cruel murder of these newborn infants is being recognized as murder on a national level, the response to the punishment of Gosnell himself has been mixed. Many pro-life people are calling for Gosnell to be executed for his heinous crimes against these infants, while others are urging life imprisonment and voicing prayers for his repentance.

Gosnell’s trial and conviction raise some critical questions the pro-life movement needs to consider. Primarily, what do we do with individuals inside the abortion industry who have ended the lives of unborn children after society recognizes their actions as murder? Because abortion currently remains legal in the United States, as pro-lifers, we are rarely presented with situations that require an answer to this question. But when abortionists like Gosnell enter the national spotlight and are condemned for their acts of violence, the pro-life movement must carefully consider the implications of issuing the death penalty to a man who killed infants only seconds after they were breathing amniotic fluid inside the womb.

Yes, Gosnell’s method of murdering infants of twenty-five and twenty-nine weeks’ gestation by inserting scissors into the back of their necks and snipping their spinal cords is horrific. But so is the practice of performing a Dilation and Evacuation (D&E) abortion on an eighteen-week-old fetus, in which the abortionist uses forceps to twist and tear off the limbs of the unborn child in order to fit the dismembered body parts through the woman’s artificially dilated cervix. Are Gosnell’s actions really any more horrendous than the hundreds of doctors who perform legal D&E abortions in clinics across the country? Gosnell’s method of killing his victims could even be described as more “humane,” except I refuse to refer to abortion in any form as humane.

We decry pro-choicers for their inconsistent logic when they renounce their support for late-term abortions while simultaneously insisting that first- and second-trimester abortions should remain legal. We adamantly profess the equal value of every unborn life, from conception to birth. Now we cry for the death penalty for a man who took the lives of twenty-six-week-old babies with his surgical scissors, yet would we so willingly want to see a court convict and execute the doctor who performs the surgical D&E abortion on an eighteen-week fetus, or the nurse who distributes an RU-486 abortion pill to the mother carrying an eight-week-old child?

If we as pro-lifers are to remain consistent in affirming the value of human life at every stage of development, we must acknowledge each of these actions as murder, each an equally horrific crime against the youngest and weakest among us. Would we call for the execution of every doctor and nurse involved in the abortion industry for their participation in the murder of America’s children? If we call on pro-choicers to be consistent in recognizing the value of human life regardless of the developmental stage, we must do the same when deciding the fate of those who assisted in abortion procedures.

I hope and pray that my generation will see the day when abortion is re-established as an illegal practice in our country. While we joyfully anticipate that day, we must realize that the practice of abortion in America will not be entirely eradicated with the passage of laws.

The transition to an abortion-free country will not be easy. There was an underground abortion industry before the legalization of abortion in 1973 with Roe v. Wade, and illegal abortions will re-occur at some level despite our best efforts to prevent them. We will be faced with decisions of how to enforce our own anti-abortion laws and carry the difficult responsibility of determining the fate of law-breakers.

I hope Gosnell’s trial is only the beginning of abortionists who are held accountable for their acts of murder against our innocent children. But as we evaluate Gosnell’s fate, we must avoid the fallacy of the pro-choice movement, affirming that the method of abortion or age of the child does not alter the severity of the murder, and the lives of the newborn infants murdered in Gosnell’s clinic are as valuable as the 3,300 unborn lives legally ended in abortion clinics across our country each day.