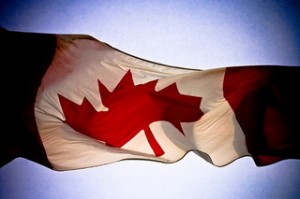 According to Alex Schadenberg, executive director and international chair of the Euthanasia Prevention Coalition, the government of Quebec is leaning towards including euthanasia as part of health care. They will do this by defining it as a medical treatment:

By defining euthanasia as a healthcare, access to euthanasia will inevitably be extended to everyone, because everyone is provided given equal access to healthcare. People who want to increase access to euthanasia, in the near future, will employ the equality provision in the Canada’s Charter of Rights to convince the courts to logically extend euthanasia. The Quebec government seems to have intentionally defined euthanasia as medical treatment in order to introduce it in a limited form and then let the courts extend it to nearly everyone.

Schadenberg states that Quebec intends to mirror Belgium’s laws and quotes to a recent study that shows that almost one third of euthanasia deaths in Belgium were accomplished with the express request of the victim – while almost half (47%) of all deaths resulting from euthanasia were not reported as euthanasia! Additionally, while the Belgian law calls for doctors to euthanize, in some cases nurses perform the procedure.

The Euthanasia Prevention Coalition has launched a campaign asking Canadian citizens to sign the Declaration of Hope, which details some of the reasons why euthanasia is not in the best interest of the country. It deals with issues such as the morality of causing intentional death, protecting the elderly and helpless, and providing equality for all people. What will happen if people feel that they have a duty to die instead of being a “burden” on society or their family? What about older people who may not have someone to watch out for their best interest?

Below is a part of the Declaration, while the document in its entirety can read here:

Euthanasia and assisted suicide are not socially acceptable responses to terminal or incurable illness or chronic conditions.  Changing the law may result in some people feeling pressured and thereby consider themselves or their loved ones as ‘better-off-dead’.  Some people will feel obliged to justify why they want to continue treatment.  For many, including attending physicians, euthanasia and assisted suicide would become the unspoken, but ever present, question resulting in a subtle, negative change to the doctor-patient relationship.  Will this result in a “duty to die”?

Euthanasia and assisted suicide pose a threat to the equality of persons.  The lives of some in our community will be considered — “not worth living”.  Among those at greatest risk are the elderly, the lonely, those living with disabilities, those experiencing chronic illness and those with limited access to good medical care.  Maintaining the current laws protects all Canadians equally.

Older Canadians are not a problem to be rid of — they’re a generation to be honoured and cared for.  Elder Abuse has become a significant problem in Canada.  We cannot ignore the possibility that dependent elderly people may be coerced into euthanasia or assisted suicide.  We cannot put older Canadians at risk by creating new paths to elder abuse.