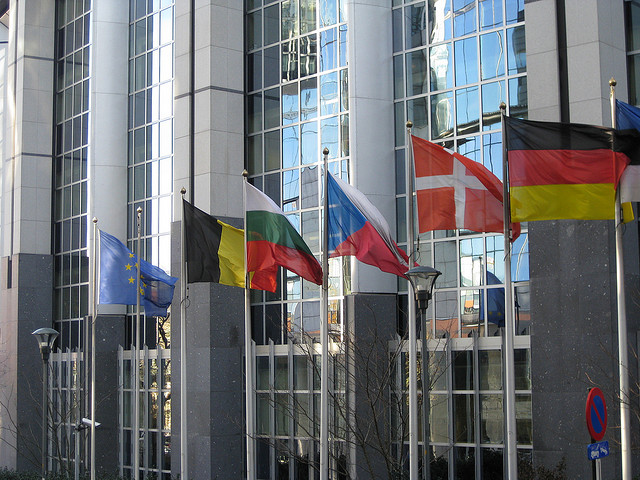 Pressure in the right direction.

When a picture of Ms. Feng with her aborted child lying next to her received international attention last month, China issued an apology. Now the European Parliament, on the last day of their July session, have spoken out against China’s recent international spotlight regarding the forced abortion of Feng Jianmei, referring to it as a “scandal.” 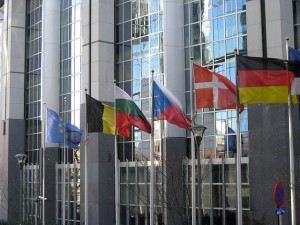 European flags in front of the European Parliament (Photo credit: TPCOM on Flickr)

The resolution passed on Thursday outlines the crime against Ms. Feng – that she was taken by force and subjected to an abortion when she was seven months pregnant. The resolution points out that it is illegal to have an abortion after six months and that the one-child policy has caused a gender imbalance, as abortions are performed on the basis of the child’s sex. The European Union maintains an interest in this area, as it “has provided, and still provides, funds for organizations involved in family planning policies in China.”

In the text of the resolution, the members of the European Parliament explained that the Parliament:

Extends its condolences to the family of the victims, strongly condemns the harassment to which they are being subjected and demands public protection for them;

Strongly condemns the decision to force Ms. Feng to have an abortion and condemns the practice of forced abortions and sterilizations globally, especially in the context of the one-child policy … [and]

Calls on the Commission and the European External Action Service to include forced abortion on the agenda for their next bilateral human rights dialogue with China.

The European Parliament’s action of stepping forward to condemn the practice of forced abortions will hopefully encourage other governments to do the same. It took international pressure to get an apology from the Chinese government for their actions against Ms. Feng, and it will likely take international pressure once again before they reconsider their one-child policy.