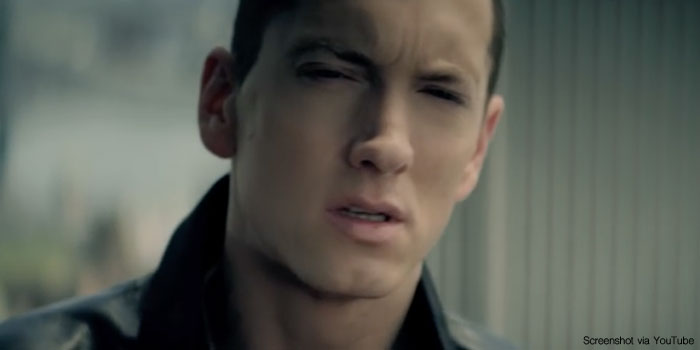 (NewsBusters) In an unexpected twist, noted rapper Eminem has released a single that details his experience with abortion. The media hailed his new album, Revival, as an anti-Trump anthem, but they missed an important detail.

While the artist is best known for his “rape-raps” and angry diatribes against society, one single, “River,” took a different approach. The song is a detailed confession of an affair, an abortion, and the regret that came after. Whether fictional or based on reality, “River” is a powerful cry for forgiveness for the wrong he’s done to the aborted baby (the “little one” mentioned in the refrain) and the mother.

The lyrics tell the whole story, sparing no detail: Eminem admitted to being a serial cheater, “a sex addict,” who began an affair with a woman, “Suzanne.” After what started as a  one-night-stand, which left her feeling “deserted and used,” Eminem tried to cover all evidence of their liaison. However, the woman became pregnant.

In a panic, the rapper pushed for an abortion, “We can’t bring her in this world, shoulda knew/To use protection.” He didn’t dance around the issue, but was brutally honest: “I made you terminate my baby.” ‘Baby,” the proper term for an unborn child, but one major media outlets hide from.

Afterwards, Eminem felt that “the person who I’m turning into’s/Irreversible.” He confessed that not only did he take advantage of the woman, but also the abortion and the destruction of the woman’s relationship have made him a hypocrite. He said that when he got “on my soapbox and preach, my sermon and speech,” his mistake was like “detergent and bleach is burnin’ the wound.”

In the song, Eminem took full responsibility. He didn’t refer to the child as a scientific ‘fetus’ and didn’t hide the full impact of what he had done. He called the child “my baby.” He even admitted that the child might have been a daughter, and that he “really would have loved her smile.” But he knew what he did: “what’s one more lie/to tell an unborn child.” The refrain emphasized his plea for forgiveness: “All my sins need holy water, feel it washing over me.”

The message of the song has been glossed over by the media; instead of looking at its potent story, entertainment magazines preferred to look at the other songs on the album Revival. Songs that have received more attention are ones that tell racial narratives and anti-Trump rage raps. Rolling Stone only noted “River” for its “superstar cameo” in Ed Sheeran, who sings the refrain.

Billboard released an analysis of the song, but buried the abortion story 13 graphs in the article, stating only: “He finishes off the record admitting an abortion through his shrewd wordplay, weighing a love triangle against a rectangle — incorporating his mistress into the equation with the future child and the baby’s mother.”  Music mag Spin accused the single of having “massive, transcendent corniness.”

2017 was the year where Hollywood outrageously praised abortion, with one actress even calling her first abortion “her best one.” This song, “River,” is a shocking and unexpected answer to all of Hollywood’s shameful lobbying for the murder of unborn children.

Editor’s Note: This article was originally published at NewsBusters and is reprinted here with permission.