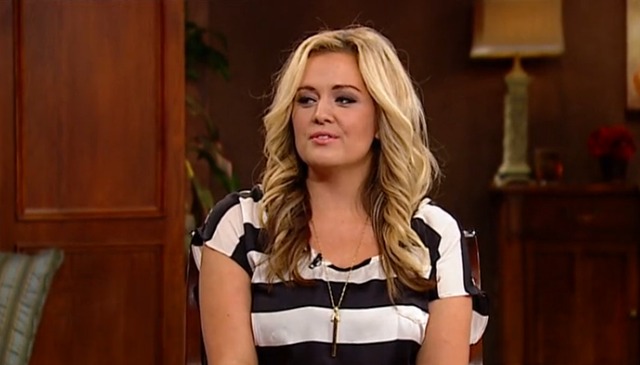 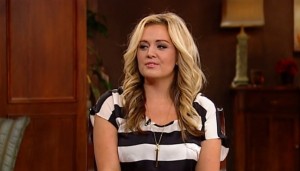 Amy Ford grew up in a loving Christian home with supportive parents. In her teenage years Amy began dating a cute guy named Ryan. To the young couples shock and dismay, one day Amy found out she was pregnant. Having an unplanned pregnancy was a terrifying reality for Amy and Ryan. Amy was filled with shame and hid the news from her parents in fear of their reaction. Although Amy knew abortion was wrong, facing an unplanned pregnancy changed things. Suddenly abortion became an option for her.

Amy and Ryan went to an abortion clinic to terminate their unborn baby. The nurse informed Amy she was farther along than 6 weeks and described the abortion procedures available to her. In a whirlwind of emotions, tears and pain, Amy fainted. When she awoke the nurse told her she was too emotionally distraught to have an abortion that day. She was told to come back and schedule an appointment for another day.

By the grace of God Amy never went back. Now Amy is Ryan’s wife, mother of 4 and founder of “Embrace Grace“, a non profit ministry that reaches out to women facing unplanned pregnancies. Amy sat down with James and Betty Robison on the “Life Today” program to discuss the lives she’s seen change through her amazing ministry.

Amy told the Robison’s that when told her parents she was pregnant they were disappointed but their reaction wasn’t close to what she thought it’d be. Even though her boyfriend and family didn’t reject her, Amy was still very lonely. She said, “Your friends stop calling, they don’t know if they should say I’m sorry or congratulations so they just don’t call”. Amy shared that she was craving for someone to speak words of life to her. Experiencing those feeling of loneliness is what allows Amy to relate and empathize with the women who join an “Embrace Grace” class.

Embrace Grace’s vision is for every girl with an unplanned pregnancy to have a church to go to for spiritual, emotional and physical support. Their mission is to inspire and equip the church to love on single and pregnant girls. They do this through loving support groups that provide affirmation, encouragement and biblical instruction.

In the ‘Life Today” segment, Amy shares a powerful story of a young woman who was considering abortion because her father told her she’d be a horrible mom. This lady worked at a UPS store and had only gone to church a few times. In her moment of pain she prayed to God and said, “If your real, will you bring someone to my counter today who has the word church on their label, so I can talk to them?”

At the end of the day a man came to her counter with the word church on his packaging label. The woman opens up to him and through tears tells him that she wants to have her baby but she’s scared and confused. This man was a member of Gateway, the same church that started the Embrace Grace program. He connected the girl to the program, she completed it and now has a little boy that she adores. This mother works hard, goes to school and already has $5,000 saved for her son’s college education. She told Amy that it made all the difference knowing that this man at the UPS store believed she could be a good mom.

This is just one of the powerful stories that has come forth from “Embrace Grace”. Watch Amy share more stories of hope and talk about her new book, “A Bump in Life” on another episode of the show called, “Pro-Life, Pro-Love” .