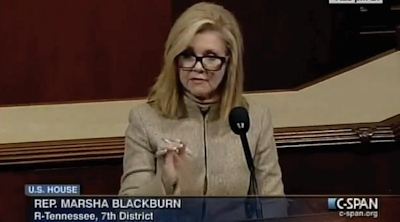 Aiming to end the de facto forced funding of abortion. 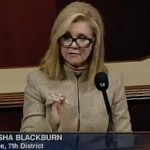 Both Congresswoman Marsha Blackburn (R-TN) and Senator David Vitter (R-LA) have introduced Title X bills in their respective chambers, which would “end the practice of allowing taxpayer funds to be used to pay for administrative costs and other services offered by abortion providers, a practice that frees up other monies to be used for abortion practices,” according to Vitter. Congresswoman Marsha Blackburn introduced H.R. 61 in the House, which you can read here. Senator Vitter’s legislation is identical to the House legislation.

Blackburn thanked Vitter for his efforts to end Title X taxpayer funding, stating, “I thank Senator Vitter for his leadership and passion in defending the right to life. Big abortion businesses are getting rich selling abortions and they don’t need or deserve taxpayer money. Every 94 seconds Planned Parenthood performs an abortion and in that amount of time they take in over $1,600 in federal taxpayer money.”

Together, Blackburn and Vitter authored an op-ed in the Washington Examiner in connection with the March for Life. In the op-ed, the congressman and senator explained that they introduced the legislation to “help end this de facto taxpayer funding of abortion. Our legislation would stop the Department of Health and Human Services from providing Title X grant money to abortion providers like Planned Parenthood until they certify they won’t provide and refer for elective abortions.”

According to the Washington Examiner piece, the Gallup polling firm has demonstrated that “the percentage of Americans who identify themselves as pro-life today is significantly higher than those who consider themselves pro-choice.”

Below is video of Congressman Blackburn’s floor statement on H.R. 61: