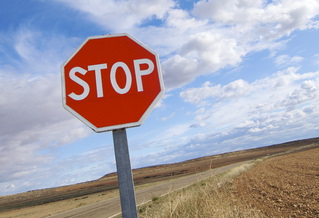 Canada’s in for an unpleasant surprise.

In Canada, a judge in British Columbia has just struck down the law banning assisted suicide. Gloria Taylor, along with several other plaintiffs, filed suit claiming that the seriously ill should have the right to take their lives with the assistance of a doctor in Carter v. Canada. And it’s easy to sympathize with them. It’s easy to look at people suffering through a terminal illness and think that it’s cruel to deprive them of a quick, painless death as opposed to a long, drawn-out, painful one. But if you need to understand why both assisted suicide and euthanasia need to be illegal, you need only look to the Netherlands. Canadian columnist Anne McTavish explains:

We don’t need to speculate. The Netherlands has already gone down this slippery slope and provided the grizzly statistics that should stop us going down the same path.

“In only 23 years, Dutch doctors have gone from being permitted to kill the terminally ill who ask for it, to killing the chronically ill who ask for it, to killing newborn babies in their cribs because they have birth defects, even though by definition they cannot ask for it. Dutch doctors also engage in involuntary euthanasia without significant legal consequence, even though such activity is officially prohibited,” writes Wesley J. Smith in Forced Exit: The Slippery Slope from Assisted Suicide to Legalized Murder.

Guidelines won’t protect us, if the Dutch experience tells us anything. For example, a key guideline is that a person should not be euthanized due to the expense of keeping them alive. In a television documentary, one man said he was only agreeing to be euthanized because he didn’t want to be a financial burden on his family. He was killed.

After the guidelines had been in place for 23 years, doctors were surveyed about people they euthanized. Incidentally, doctors later admitted they had under-reported euthanasia cases, so the following statistics are actually less than what really happened.

In 1990, 130,000 people died in the Netherlands: 2,300 people asked doctors to kill them; 400 asked doctors to provide them with the means to kill themselves; 8,100 died when doctors deliberately gave them an overdose of pain medication to kill them (for which 4,941 patients didn’t consent); 1,040 people died when doctors euthanized them without their knowledge or consent (72 per cent of those never having given any indication they would want their lives terminated).

Let that sink in. Over 4,000 people were intentionally killed by an overdose of pain medication, and over 1,000 were killed without their knowledge or consent.

Proponents of euthanasia and assisted suicide are gaining ground. In Australia, activists are attempting to make it legal. We’re seeing the ban overturned now in Canada. And even here in the United States, it’s legal in three states (Oregon, Montana, and Washington). The fact that this abhorrent practice is becoming more socially acceptable, and is being legalized more and more, should make anyone who values life very nervous. As McTavish points out, the Netherlands is a perfect example of why this is such a dangerously slippery slope. The Netherlands started out with all of the safeguards meant to keep people from being euthanized against their will — but how is that working out for the thousands killed without their consent?

Another glaring example of just how dangerous legalizing assisted suicide can be comes straight from Canada. I recently wrote about two parents when one of them was featured on the Dr. Phil Show, Annette Corriveau and Robert Latimer. Latimer killed his daughter in an act of “mercy” because she was disabled; Corriveau argued that she should be allowed to kill her adult disabled children. Corriveau’s children live in an adult care facility and are severely disabled. And while she admitted that she doesn’t know whether or not her children actually want to die, whether they are in pain, whether they are blind, deaf, or brain-dead, and what their quality of life is like, she still wants to be able to legally euthanize them.

One of the most disturbing moments on that particular show came when Dr. Phil polled the audience on how many agreed with Corriveau; almost every single person present did.

So if assisted suicide were to be legalized, what is to keep a parent – the legal guardian for a child – from forcing his or her child into an assisted “suicide” because that child is disabled, because the parent feels that his or her child’s quality of life isn’t good enough? Clearly, there is no shortage of people who would do just that.

As Taylor, the plaintiff in the Carter v. Canada case, pointed out, suicide is legal in Canada. There’s nothing stopping her from taking her own life if she doesn’t want to endure a long, painful death. And while I do sympathize with her position, I wish she would stop and think about just what legalizing assisted suicide will do, and of the people it will inevitably endanger. Would she still be fighting for it if she knew about people like Annette Corriveau and Robert Latimer? Would she argue that it should be legalized if she saw how the program is killing people against their will in the Netherlands? How easily the elderly can be manipulated into giving consent even when they don’t truly want to die? How Oregon has become notorious for abusing psychiatry in order to rubber-stamp state-funded assisted suicides?

It’s an awful thought, that someone would have to suffer through a serious illness that will slowly take his or her life. But worse yet is the legalization of assisted suicide and euthanasia, a grisly and dangerous practice which experience has shown isn’t kept to only those who wish to die peacefully.