Students for Life of America has announced that Jim Bob and Michelle Duggar have been chosen as recipients of their 2013 Defender of Life award. Famous for their TLC television show 19 Kids and Counting, the Duggar family is a bold witness to life in America, where the average fertility rate is around 2.06 (slightly below replacement level, meaning that women are not having enough children just to replace themselves and their partner).

The Duggars have been personally open to life, welcoming 19 children and 3 grandchildren into the world since their marriage. They have also witnessed to their pro-life convictions in politics. Jim Bob served as a state representative in Arkansas for four years, and the Duggars have spent much of 2013 rallying their community to support current pro-life legislation, Amendment 1, in their state.

The Duggar family has been criticized for every facet of its public, pro-life position. Jim Bob and Michelle have been mocked  by abortion advocates for having as many children as they do, even though abortion advocates claim to stand on a woman’s right to “choose” the size of her family (this apparently does not apply when a woman chooses to have more than average).

Pro-abortion organizations have even petitioned TLC to take 19 Kids and Counting off the air due to Jim Bob’s outspoken and convicting views on abortion, which are uncomfortable to many abortion advocates. Jim Bob had the audacity to draw a logical comparison between the abortion holocaust and the Jewish holocaust — two mass killings in which innocent people were targeted because they were viewed as unfit or unwanted by other humans who had more power over their own lives than they did.

Students for Life consistently honors true pro-life heroes with the Defender of Life award. In the past, it has been given to outspoken abortion abolitionists, including Priests for Life founder Father Frank Pavone and  Chai Ling, founder of All Girls Allowed, an organization which works to raise awareness of and ultimately put an end to the destructive one-child policy in China.

The Duggar’s witness to the preciousness of human life, even in the face of discrimination and disagreement among opponents, places them in league with some of the most effective defenders of life in America today. Jim Bob and Michelle will be present at the upcoming Students for Life of America conference in Washington, DC this January to accept the award. 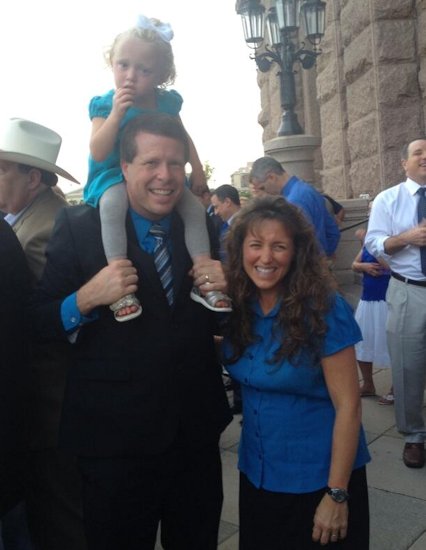