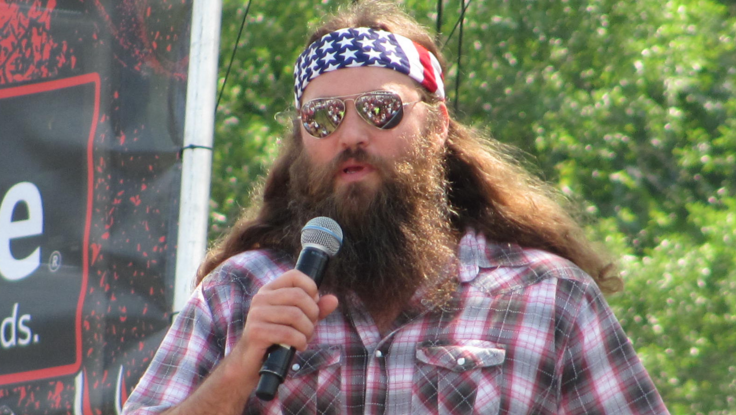 Adoption will be the theme during NASCAR’s third-largest paying race slated for April 9, 2016 in Fort Worth, Texas.

During the Duck Commander 500, the stars of the famous A&E “Duck Dynasty” show are partnering with Texas Motor Speedway to launch an adoption awareness campaign.

“Drive Adoption,” as the campaign has been dubbed by Fort Worth’s Texas Motor Speedway, has partnered with race entitlement sponsor, Duck Commander, to raise awareness and funds for adoption. Adoption has touched the family of Duck Commander CEO Willie Robertson and his wife, Korie. The family, from the popular reality show “Duck Dynasty,” has welcomed three children into their family through adoption and continues to be advocates for the process. The most recent addition was Rowdy, who they met at last year’s Duck Commander 500 through a local adoption agency.

Adoption has touched our family in profound ways since the moment our son Will came into our family at just five weeks old. Will continues to bless our lives daily as we watch him grow and become the man God calls him to be.

“There shouldn’t be kids without homes. It just shouldn’t happen,” Korie told People magazine a few years ago.

The couple said that when they approached the adoption agency for their first adopted son, Will, they did not have the money for the adoption; but they were committed to it and came up with the money they needed. During an award ceremony at the Congressional Coalition on Adoption Institute’s Angels in Adoption Gala, Korie broke down when she recounted that moment when Will became their son. She told the audience:

From the moment we found out about him, he was ours. I swear, I had labor pains the night before I went and picked him up at the foster home he was living at. He’s our child, just like our biological children. In 2004, the Robertsons welcomed Rebecca Lo, who came to the “Duck Dynasty” couple as an exchange student from Taiwan; then last year, another child won their hearts. Korie explains:

Last year at the Duck Commander 500 – in between the hectic rush of press conferences, riding in pace cars, and announcing, “Ladies and gentlemen, start your engines” – Willie and I walked into a quiet, little room and our lives were forever changed when we met the 12-year-old boy who would soon become ours. The newly adopted member of the Robertson family, 12-year-old Rowdy Robertson, who is from Texas, will be a co-Grand Marshals at the race.

Adoption is something more than one “Duck Dynasty” family member has taken part in. Recently, brother, Jep, and his wife, Jessica, adopted little Jules Augustus. Jessica said that after some health risks that kept her from having another child, Jep came on board: “He was like, ‘You know what, it’s a God thing. If it’s so heavy on your heart, this is something we need to do.'” “We went to the adoption agency and we said, ‘We don’t care what race, what gender. We just want to have a baby, so whatever happens, happens.’ So we got us a little Gus,” Jep told US Magazine. Willie Robertson told Sports Spectrum that he and Korie had talked about adopting a child when they were dating.

Take a kid and put them in a good home, a Christian home…We just thought it would be great. We tried to pursue it and got a few road blocks and the Lord provided. It’s the best thing I’ve ever done on this earth.

The “Duck Commander” race in Texas will help launch what the Robertsons hope will be a way to drive families to consider adoption.

Our theme for the 2016 Duck Commander 500 is Drive Adoption and we plan to do just that. It is our hope and dream that this race will drive families to consider adoption, connect people in need of adoption resources with organizations that can help, and bring to light the beautiful children around the world in need of a loving, caring family. Willie and Korie Robertson plan to be at the Texas Motor Speedway to reinforce their adoption message:

Adoption is rarely easy, but it is ALWAYS worth it. We hope to make the adoption process easier by providing a platform for awareness, resources, and education, with the ultimate goal of uniting children with forever families.

It is in honor of that special meeting and the millions of children around the world who are still waiting to find a family to call their own that we have decided to dedicate this race to the cause of adoption.