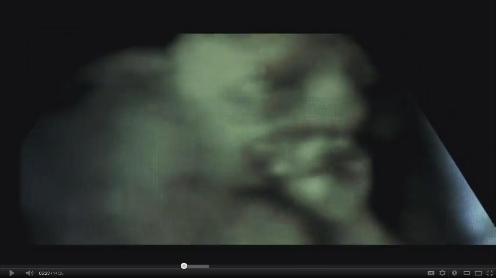 Yet another pro-abortion catch-22. 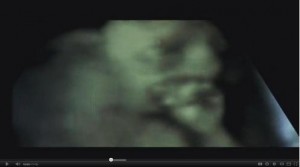 Screenshot from “To Be Born”

This Thanksgiving, abortion apologists were thankful for a new study that purports to show the devastating economic impact of being denied an abortion:

UCSF’s Bixby Center on Global Reproductive Health examined 3,000 interviews conducted with over 1,000 women from across the United States who had either received abortions or were turned away because their pregnancies had already passed the clinic’s gestational limit. The study aimed to determine the effects carrying an unwanted pregnancy to term had on women’s mental, physical and socio-economic health.

Researchers found that a year after seeking an abortion, more than three-quarters of the women turned away were on public assistance and 67 percent were below the poverty line. Fewer than half of those turned away held a full-time job.

Figures dropped significantly for the women who received abortions.

“When a woman is denied the abortion she wants, she is statistically more likely to wind up unemployed, on public assistance, and below the poverty line,” lead researcher Dr. Diana Greene Foster explained to io9. “Another conclusion we could draw is that denying women abortions places more burden on the state because of these new mothers’ increased reliance on public assistance programs.”

Yes, because we all know how concerned liberals are about saving government money and reducing the need for public assistance.

Fortunately, whenever “studies show” the superior wonders of “choice,” we can count on pro-life research extraordinaire Michael New to expose the truth:

Women were denied abortions, not because of legal restrictions, but because many clinics do not perform late-term abortions. The study tracks only a relatively small number of women — less than 200 — who were denied abortions. Additionally, the results were recently presented at an academic conference. The study has not appeared in an academic journal and hence has not gone through the peer-review process. Finally, the study — and the full results — do not appear to be publicly available.

More important, the main problem with the analysis is that it utilizes a faulty comparison. It compares a group of women who were refused late-term abortions to a group of women who, for the most part, obtained abortions early in pregnancy. This is problematic because most abortions are performed in the first trimester. Early-term abortions are less expensive, more accessible, and generally pose fewer health risks. Women seeking late-term abortions likely do so because of some unexpected developments in either their relationship or their financial situation. As such, any financial and emotional difficulties may well have predated the abortion for this cohort of women.

This argument is largely a rehash of Libby Anne’s claim that for many mothers, kids are just too darned expensive to let live, and the same points of refutation – the ghoulishness of putting financial considerations above basic humanity, the truth about what each side’s policies actually do to foster prosperity, and the fact that unplanned mothers already have it within their power to prevent pregnancies they cannot afford – need not be rehashed. But this study contains one additional wrinkle worth some focus.

The abortions this study is talking about occur late in pregnancy, after many fetuses have developed the very characteristics – awareness, capacity to feel pain, breath, heartbeat, and viability outside the womb – that “moderate” pro-choicers claim make the moral difference between worthless clumps of cells and priceless babies. Partial-birth abortions, they tell us, are acceptable only to protect mothers from threats to their health (which they define so broadly as to be meaningless, but I digress).

That’s not the justification this study is being used to advocate. The women in this study (allegedly) face economic hardships, not medical ones, and we’re supposed to let them lethally dispose of viable, developed babies for no other reason than financial gain.

The real question, then, is this: how many of the pro-choicers running with this study claim to fall in the mainstream of public opinion and appreciate the moral nuances of the issue? Either they rushed to publicize something they deemed politically advantageous without thinking it through, which would be par for the course and cast doubt on the scrutiny they gave the rest of the study, or they’ve unwittingly outed themselves as far more extreme than they want the American people to believe, with their own exceptions a mere ploy.

As scared as Republicans may be to talk abortion because of the beating they just took for being too “extreme,” the best defense is not abandoning the issue or changing the subject, but rather turning the tables and forcing their tormentors to explain their own absolutism.