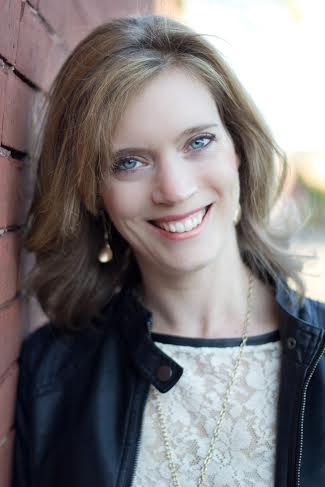 Mollie Thomas was born and raised in the beautiful mountains of North Carolina. Her parents are a loving couple, who grew her up in the Christian faith. From the young age of five Mollie had an awareness of the love of Jesus. When she was eight Mollie’s church held a presentation put on by a local crisis pregnancy center. During the presentation a clip of an abortion was shown. Mollie remembers seeing the baby’s limbs being pulled off its body while in its mother’s womb. She describes the dismemberment scene as ‘nightmarish’, and was shocked she was actually allowed to watch it.

Although the image was quite gruesome, it left an undeniable mark on her heart. Mollie is now a wife of nine years to her husband Jonathan and mother to a adorable three-year-old girl. She’s also a gifted dancer who teaches ballet in Indiana. Mollie’s dances are a expression of the deepest parts of her. When the dance ministry at Mollie’s church put on a production, they asked her to do a dance to the Lord’s Prayer. Instead of just doing a dance to that prayer, Molly decided to turn her dance into a artistic prayer for the lives of the unborn.

In 2013 a man told Mollie he had a vision of her on a beach picking up a conch shell. When she picked it up she was able to hear the sound of multitudes. Although she initially had no idea what that meant, later God revealed to her that the sound was the masses of aborted children. That image along with her husband’s media production skills helped bring forth this powerful dance.

The simplicity and beauty of this dance moved me to contact Mollie and interview her. I wanted to know what she desired to accomplish by releasing this dance publicly. She said: ‘I asked God for years to please give me some sort of outlet for the anguish I’ve felt over abortion. There was a sense of release I felt in my heart after the completion of this piece. It has been a major accomplishment for me personally, and If God chooses to use it beyond that, then I am deeply honored’.

In the last decade we’ve seen an increase in the release of pro-life themed movies, songs and artwork. I asked Mollie if she thought the arts played an important role in the pro-life movement.

She responded: ‘I believe God desires to use creative voices in the culture to combat the war that rages against His beloved creation, and the pro-life movement is in great need of them. Through history, art has given expression to movements and it should be essential in the pro life movement. Through the arts, I believe some of the hard truths that people either don’t want to hear, aren’t aware of, or are hardened to in some ways, can be delivered in fresh and abstract ways that move past their objections and touch their emotions. I don’t care what the art form is, I just want to see more Christ driven artists from every discipline, come together with their own voices and create masterpieces of life and love that can penetrate and transform even the hardest of hearts.

Since adoption is an essential part of reducing abortion, I asked Mollie for her thoughts on it. Her answer was consistent with the character and passion of her heart.

‘I believe adoption is critical. I believe that beyond heart transformation, it’s the only option. My husband and I have determined that we can’t fully speak and stand against abortion unless we are willing to be a part of the solution. We are currently preparing our lives to pursue adoption’. 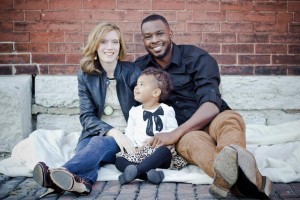 Mollie is one of many women who is grieved by the massive loss of life through abortion. What sets her apart, is the way she’s using her gift to speak about the issue. There’s a part of the video where countless grains of sand fall through Mollie’s hands. The imagery speaks to me of the precious lives that were slain, fallen to the ground and never to be recovered this side of heaven. It’s a sobering reality, yet one that Mollie addresses with grace and compassion. The best art is the kind that touches the heart, and moves the audience to action. May Mollie’s dance lead you to use your gifts, talents and skills to speak out against the atrocity of abortion.