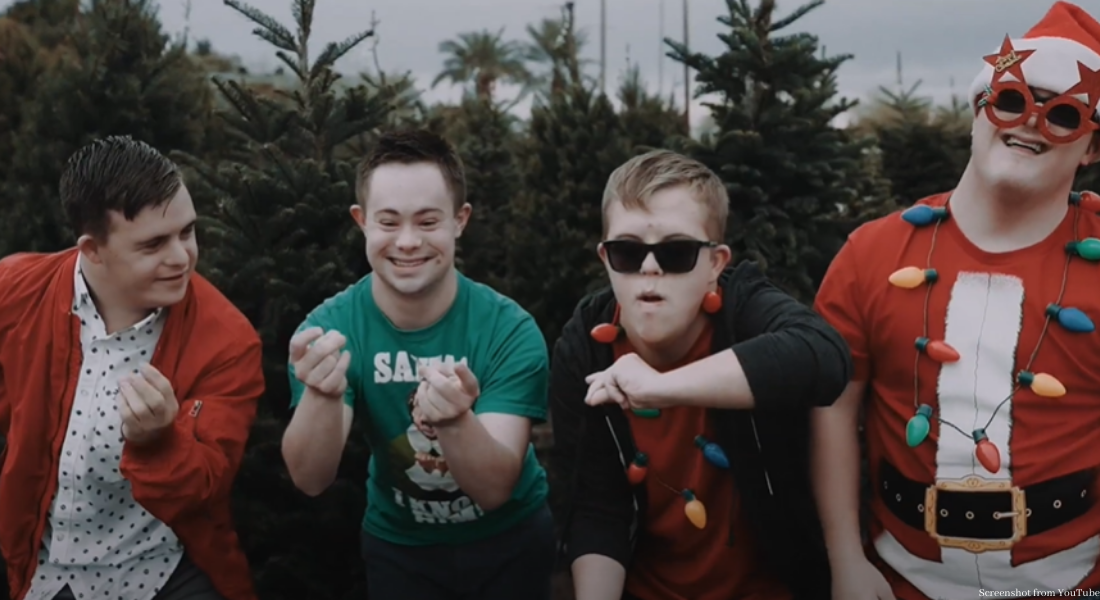 A dance troupe made up of people with Down syndrome are putting the ho-ho-ho in holidays with a festive new dance video, released just in time for Christmas. The Hip Hop Homies with Extra Chromies was founded in 2018 by a board member and volunteer for Sharing Down Syndrome Arizona, with the goal of offering a fun, social activity that promotes physical fitness — and now they’re releasing dance videos and giving performances.

The group performed to “Like It’s Christmas” by the Jonas Brothers, decked out in holiday gear and dancing in a Christmas tree farm. They danced among the trees, twirled with tinsel, and even shared kisses under the mistletoe.

People with Down syndrome are often said to be “suffering,” or have lives that are not worth living. In fact, only 11% of women report having a positive Down syndrome diagnosis experience, while 13% of doctors openly admit to emphasizing the negative aspects of Down syndrome as a means of pressuring mothers into abortion.

And so many people speak openly of their belief that Down syndrome makes life less worth living — seemingly not knowing or caring that people with Down syndrome can hear them.

As Charlotte Fien, a Down syndrome self-advocate, said in a speech before the United Nations, her life is often devalued. “A mother’s womb is the most dangerous place for a baby with Down syndrome to be. Governments and health ministers are keen to get rid of us. Some countries like the Netherlands have put a price tag on our heads. They think the world will be better without people like me,” she said, adding, “How is that acceptable to target a group of human beings for extinction? Is that not what eugenics is? To get rid of an entire group of people?”

Yet videos like these from the Hip Hop Homies should change perceptions on what life with Down syndrome is like. It isn’t an empty, meaningless life filled with misery and suffering. Each and every one of these people is filled with joy and love, and it’s evident for all to see.