Operation Rescue has announced the passing of Dr. Don Smith, age 94, on January 30, 2019. Smith was a scientist and research engineer and the creator of the 1984 pro-life film “The Silent Scream.”

“It is with great sadness that we must inform you that Dr. Don Smith passed away,” Operation Rescue said in a statement. “… He was a warm friend with great intelligence who used his gifts to glorify God and save innocent lives from abortion.” 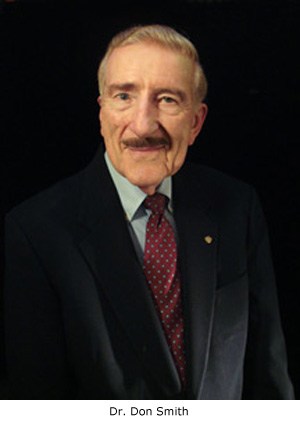 In 1970, Smith founded Crusade for Life after attending a Billy Graham “crusade” at the Los Angelus Coliseum. It is one of the oldest pro-life groups in the nation.

In the 1980s, Smith teamed up with former abortionist and NARAL leader Dr. Bernard Nathanson to make “The Silent Scream” using actual video of a 13-week old preborn child being killed by a suction aspiration abortion. The movie was released at a press conference in the White House and quickly became a tool of the pro-life movement to show the horror and destruction of abortion. It was translated into seven languages.

Smith also acted as a sidewalk counselor at an abortion clinic, helping thousands of pregnant women. In addition to “The Silent Scream,” he made several other pro-life films including “Conceived in Liberty,” “Your Crisis Pregnancy,” and “The Right to Kill.” And in 1999, Biola University awarded him with an honorary Doctor of Laws Degree.

His most recent project for Crusade for Life has been working on a Constitutional Life Amendment to end abortion in American permanently.

His wife of 55 years, Virginia, preceded him in death, as did his daughter Rebecca. He is survived six living children: Allen, Philip, Marcie, Andy, Pam, and Claudia, as well as 18 grandchildren.