Both presidential candidates are getting lots of attention this year. The vice presidential picks? Not so much. They still have plenty to say, however, as evident from last month’s debate. Whereas former Virginia governor Tim Kaine declared abortion should remain legal, Indiana’s Mike Pence argued “the sanctity of life” calls for protecting preborn children.

Commenter Dave Rubin isn’t convinced, believing Pence would have a change of heart if his daughter were raped. The idea that all pro-lifers abandon their convictions when facing rape is pretty common: 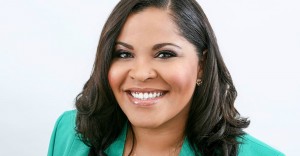 Crystal Willis-Blount proves that. Raped at 14, she was told to abort her baby girl. Crystal chose adoption instead, and found a couple who were “thrilled” by her decision. Why spare her daughter’s life? Crystal’s reasoning was simple: “This wasn’t her fault.” Unfortunately, not everyone agrees.

When former Miss Pennsylvania USA Valerie Gatto discussed being “a child of rape,” she was labeled “the spawn of a criminal.”

Similarly, rape survivor Jennifer Christie saw her son dubbed a “rapist’s DNA deposit.” She’s been attacked as well, being called “stupid,” “brain damaged,” “f–ked in the head” and “an a–hole” for not killing him.

But it’s not just that some abortion advocates denigrate survivors of rape; the industry they support helps those who commit it.

If you’re trying to get away with a crime, destroying the evidence is a smart move. Denise Fairbanks’ father understood that, which is why he took her to Planned Parenthood after getting her pregnant. In a subsequent lawsuit, Fairbanks recalled explicitly telling clinic staff what had happened. Instead of calling the police, they did the abortion and sent her home.

Planned Parenthood also helped Timothy Smith abuse his 13 year-old stepdaughter. Despite having a legal duty to report evidence of abuse, they performed an abortion and said nothing. As far as staff were concerned, “being thirteen and pregnant alone is not a red flag” there.

Gary Cross’ 13 year-old victim got taken to Planned Parenthood as well. Cross brought her there when her mother noticed she was putting on weight. Rather than go to the authorities, staff set her up for an abortion at 20 weeks:

Planned Parenthood performed an abortion on the 11 year-old that Luis Gonzalez-Jose brought in. Staff believed her story about being impregnated by a 14 year-old boyfriend. That she couldn’t provide his name, address, or phone number wasn’t a problem.

Edgar Ramirez got Planned Parenthood to perform two abortions on his 13 year-old daughter in less than 6 months. Once again, no report was made.

The victims of Andrew King, John Haller, Adam Gault, and Grey David Woods also ended up at America’s largest abortion chain. While Planned Parenthood’s slogan is “Care. No matter what,” these girls didn’t receive much. You can help change that.

Rape is horrible a crime; so is enabling it. The good news? Pro-lifers want to stop both. Because the fact is, sexual assault isn’t a reason to abandon our efforts.

It’s a reason to strengthen them.