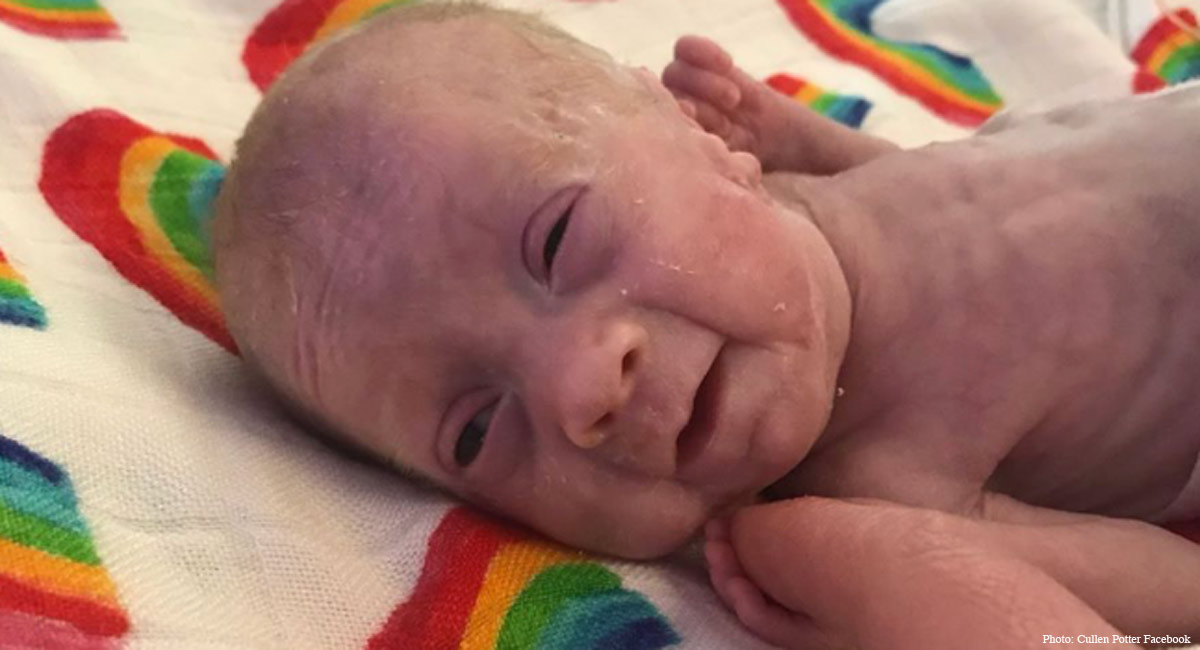 Molli Potter was 18 weeks pregnant when she had to be admitted to a hospital in Pensacola. She had been having difficulties in her pregnancy, and she and her husband, Robert, were told to expect the worst. Their son, Cullen, was born premature at only at 22 weeks gestation. According to Molli, the hospital refused to help their son, saying he had only a 2% chance of survival… and that if he did survive, he would be severely disabled. But the Potters, who had suffered two prior miscarriages in a year, vowed to fight for their son. “[I]f he was fighting, we were going to fight no matter what,” Robert said.

So they got to work, trying to find a hospital that would take them. Robert called 16 hospitals in three states before finding USA Children’s and Women’s Hospital in Mobile, Alabama. 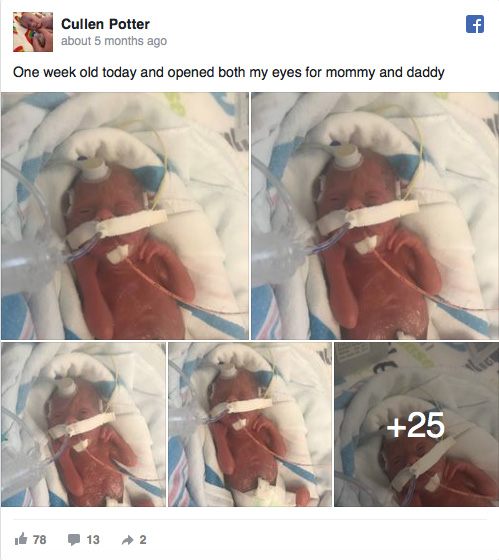 The hospital in Pensacola had not been supportive. “They acted like transferring was pointless, that trying to save him was pointless,” Molli said in a Facebook post that has gone viral. When Cullen was born premature on March 14th, he weighed just 13.9 ounces — about the size of a can of coke. But the family credits Children’s and Women’s with saving Cullen’s life.

“They believe in these small babies and give them the fighting chance they deserve,” Molli wrote. “I pray the more doctors and hospitals see stories like my son’s and many more, that they will reconsider their policy and give all the babies the chance they deserve.”

Cullen is now 5 pounds, 11 ounces, with no major health issues. Originally due on July 15th, his adjusted age is just one month, but he is thriving. His pediatrician says Cullen has the head control of a four month old. When he graduated from the NICU, the staff gave him a graduation parade, with Cullen outfitted in a tiny cap and gown Molli bought from Build-A-Bear Workshop. He was proudly carried down the hallway by Jewel Barbour, his primary care nurse.

24 weeks is widely considered to be the age of viability, but medical advancements have increasingly proven that premature babies like Cullen are capable of surviving. They also show the humanity of preborn children, who at 22 weeks, are still victims of abortion. But these babies are alive and capable of feeling pain. Their lives should be protected — both before and after birth.