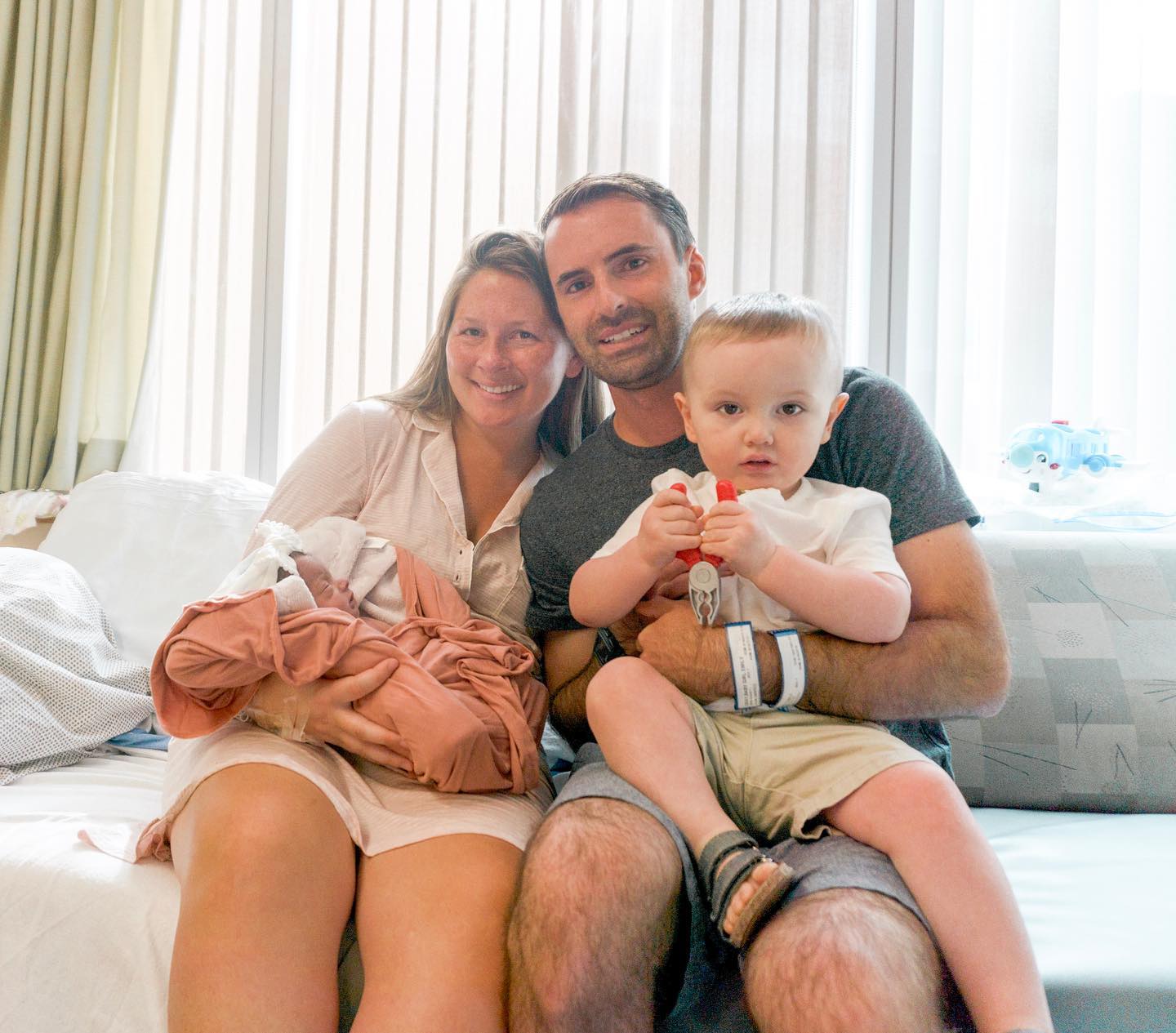 Sixteen weeks and five days into their pregnancy with their second child, Jim and Emily Gray were at the maternal fetal medicine department for an anatomy ultrasound with high hopes. But that day, everything changed. That’s when they were told their daughter had a “lethal” health condition and doctors advised them to have an abortion.

Emily had what she described as “a pretty boring pregnancy” with their firstborn, Maverick. When they found out they were pregnant with their daughter, they were thrilled. But at the 12-week ultrasound, the technician struggled to find the baby’s legs, and a more in-depth anatomy scan was planned. Emily didn’t think much of it and was excited to get to see her baby again. But during the anatomy scan, the doctors began to discuss what they were seeing… “Legs are bowed, all long bones are bowed, extremely short, looks liked clubbed feet.” Emily was shocked and scared, as doctors told her it looked like her baby had a type of skeletal dysplasia and would die. They said she should consider aborting their daughter.

“He said since we were still early on, that the easiest thing was to have surgery to remove my baby,” Emily wrote in a post for Stand for Life. “The longer I waited, the more likely I would have to go through normal labor pains and deliver just like any other pregnancy.”

“The tears started flowing,” she wrote in an essay for Love What Matters. “It didn’t make sense. None of this was making sense. In between the conversations, we agreed to do an amniocentesis to try to get a diagnosis. You see, there are over 500 different types of skeletal dysplasias. We needed to know more.”

The couple named their baby girl Waverly. Five weeks after the amniocentesis, they learned she had Osteogenesis Imperfecta type 2 (brittle bone disease). Emily immediately began educating herself, joining Facebook groups, and speaking with parents of children with the condition. Type 2 is considered “lethal” and patients are often born with rib and long bone fractures.

Some doctors did not agree with the couple carrying to term. “One doctor told me, ‘I don’t see the point in continuing. You can end it now quickly, you’re still early. If you continue, I see you coming in at 26 weeks and we will not find a heart beat,'” wrote Emily. “I was about 22 weeks at the time. I couldn’t believe the words that were coming out of his mouth.”

My husband and I went in for an ultrasound at 17 weeks pregnant and learned that our baby girl, Waverly Maeve, had a…

The couple did not want to give up hope for their daughter. They found a new medical team that supported them, but by the end of the pregnancy, Waverly was measuring 20 weeks behind. She was breech and a C-section was scheduled.

“We took so many maternity pictures, we cherished every single second because we did not know what was going to happen once she was born,” said Emily.

On August 16, 2019, Emily went in for the C-section and prayed that she would get to hear Waverly cry and see her eyes, and that her big brother Maverick would get to meet her alive. When Waverly was born, there was no crying. Emily watched as the doctors assessed her and gave her to Jim, who told her that yes, Waverly was breathing.

“He placed her on my chest, and my goodness,” said Emily. “She cried. A sweet beautiful cry. I was not sure if I would get to hear it, but I did. The priest quickly baptized her while she cried and cried. She eventually stopped and began looking around. I got to hear her cry. I got to see her eyes. I was not sure I would be able to. She was breathtaking. Absolutely beautiful.”

Maverick and a photographer were brought to the hospital and the family took pictures. Despite the concerns that Waverly would die at any moment, “the room was filled with so much love and joy,” Emily said. They bathed her, she breastfed, and Waverly slept on her mom’s chest that night. The next day they met with a neonatologist to form a plan.

“She was exceeding all expectations. We loved on her all day,” said Emily. “We gave so many kisses.” They thought Waverly would come home. That evening, however, as she was being assessed, Waverly was moved in a way that caused her to stop breathing. She came back to them for a moment, aware and smiling, before becoming unresponsive.

“We crawled onto the hospital bed and invited our family in to say their goodbyes,” wrote Emily. “It was the most painful yet most beautiful thing in the world. As soon as everyone said their goodbyes and it was just Jim, myself and Waverly on the hospital bed, Jim felt her heart beat for the last time. […] She waited until everyone said goodbye. She waited until we got one more kiss.”

The couple was able to spend two more days with Waverly, and Maverick was able to visit. Then they “soaked in every last moment” before they gave her to the nurse for the final time.

“I thought watching her die was hard, but it was leaving her behind at the hospital… that was even harder. The worst thing I have ever done,” said Emily. “A moment I will never forget.”

Life began to go back to a routine with the new normal of visiting the cemetery a few times a week. They find joy in saying Waverly’s name and sharing her story. Emily and Jim are now expecting a baby boy in December 2020 and they say they are living their lives to make Waverly proud.