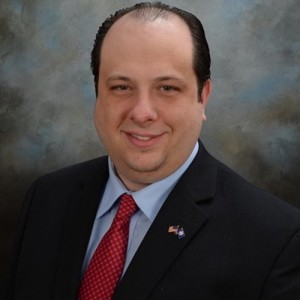 Our world is rife with accusations of hate speech. But one group that nearly always seems to get a pass on hate speech is abortion advocates. Pro-choicers can say practically anything they want.

Where is the media when it comes to pro-choice hate speech? When pro-life political candidates make unkind or inaccurate statements, the press is instantly there to criticize and condemn. No explanations or second chances are allowed.

But the other side of the coin isn’t so equal. Take Virginia Democrat candidate, Mike Dickinson, as an example. Dickinson plans to challenge Eric Cantor for his U.S. House seat in November.

The Washington Times – the only major non-conservative news outlet that seems to be covering the story – reports Dickinson’s hate speech:

A Democratic candidate running for the legislative seat currently held by House Majority Leader Eric Cantor is taking the GOP head-on, slamming the gun rights crowd and the pro-life people with the same hateful brush that suggests: You’re all inferior on the intellectual front. …

He then went on to tweet out his harsh appraisal of those who oppose abortion.

“Anti choice, abortion haters are all basically mentally disabled. They cannot see or reason. It’s all bible thumping,” Mr. Dickinson tweeted, as reported by The Blaze.

There is one underlying reason Dickinson’s tweet should be considered hate speech. (And, if the media and citizens were to be consistent, even considering the tweet as “stupid” or “offensive” speech should be reason enough to ask Dickinson to step out of the race.) In fact, President Obama himself – in the name of consistency and equality – should at least say what he said when asked about Todd Akin’s comments in 2012: “The views expressed were offensive.”

The offensiveness and stupidity of Dickinson’s comment aside, it should be considered hate speech because it discriminates against people who are mentally disabled. Dickinson may think he is only hating on pro-lifers, but the real targets of his hate speech are people with mental disabilities.

Many people suffer from mental disabilities of varying degrees. Some are targeted for death by their parents or their doctors before their birth. Many are targeted by bullies. And all too often, they are targeted by those with spewing sewer mouths like Mike Dickinson.

People who are mentally disabled have not lost all ability to see or reason, as Dickinson implies. Many are bright individuals who see – and show the rest of us – the true meaning of life and the real beauty in everyday moments. Often, these people see what the rest of us miss.

Perhaps you thought I’d call out Mike Dickinson for hate speech against pro-lifers. Nope. It goes without saying that abortion advocates are the ones who don’t see the humanity in ultrasound photos and the process of human development, hear the humanity in a new heartbeat (that is present when a baby is only 22 days old), or reason that if modern science unequivocally agrees that human life begins at fertilization, it must be so.

“We are obliterating the willingness of people to accept disability,” Laing noted in the Drudge story. “Babies are required to fit a description of normality before they are allowed to be born.”

Nuala Scarisbrick, a trustee with a British pro-life group called LIFE, said these increases in abortion statistics are disturbing to people with disabilities.

“The message is being sent out to disabled people that they should not have been born,” Scarisbrick commented on Drudge. “It is appalling and abhorrent.”

LIFE’s Patrick Cusworth added that women are being forced to kill their babies if any defects are found whatsoever.

“We fear that these statistics indicate that women whose unborn children are even suspected as having special needs are being placed under increased pressure to have abortions,” Cusworth contended to The Scotsman. “Such statistics are an indictment of a society which places a conditional value upon its citizens, based upon how ‘useful’ they may prove to be in later life.”

Indeed. It’s time Mike Dickinson and people around the world stopped belittling people with disabilities – and stopped aborting them, too.