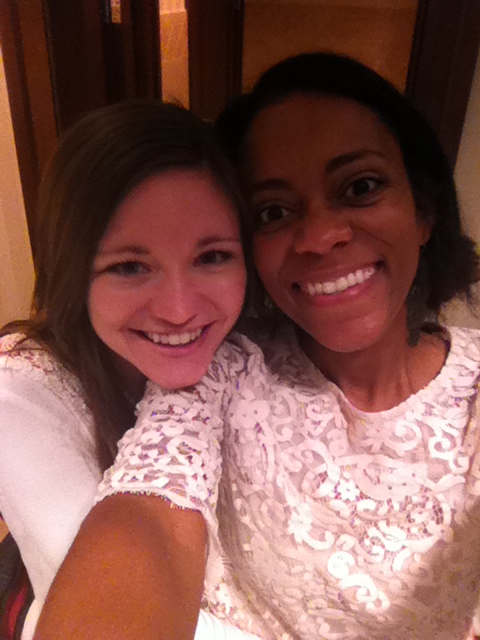 The Presidents remarks were spoken, thousands of people have returned home from D.C. and the anniversary of Dr. Martin Luther King’s, ‘I have a dream’ speech has been written about in hundreds of news publications.

Now what? It always seems like we celebrate something for a few days, get super excited about it and then go back to life as usual. It’s the way we are with New Years resolutions. We resolve to exercise, plant a garden, take a poetry class or make sure we pay our bills early every  month. Yet we rarely accomplish all the things we set out to do. We have so many dreams, but those dreams don’t always become a reality.

Maybe that’s why we love people like Dr. King. Martin turned his dreams into action. That action caused a chain reaction that literally changed the world as we know it. Pretty inspiring stuff came out of the life of a young black preacher from Georgia.

I didn’t go to D.C. for the 50th anniversary of the March on Washington. To be honest I didn’t watch the speeches. I read Obama’s but even that was hard to get through. It’s not that I don’t honor the black leaders in our country. I honor their position and pray for them. It’s just that I can’t take them seriously. Al Sharpton talks about saving the lives of black men from violence but he protested a sign in NY calling for black babies to be saved from death through abortion. Sharpton said in one breath, “If conservatives succeed in scaling back safe, legal access to abortion, we’ll have more Kermit Gosnell’s” and in the other admits, “I would advise my daughters never to, uh, uh, get rid of a child.”

As for Jesse Jackson He once said life was a gift from God. Jackson declared, “What happens to the mind of a person, and the moral fabric of a nation, that accepts the aborting of the life of a baby without a pang of conscience? What kind of a person, and what kind of a society will we have 20 years hence if life can be taken so casually?” Well Jesse, take a look around. We’re living in that society now. A nation where Nancy Pelosi and Planned Parenthood can march for the right of blacks in public but support the #1 cause of our deaths.

Truth be told there weren’t many people I admire in the anniversary ceremonies. Instead of heeding Oprah’s words, I chose to live my life in a way I believe honors the legacy of Dr. King. Dr. King said, “Our lives begin to end the day we become silent about things that matter. This is why I refuse to be silent on the issue of abortion. I don’t care if it’s popular to talk about or not. Abortion steals the dreams of our nation every single day. 3,500 little dreams are flushed away daily because there for the most part inconvenient in our eyes.

I live Dr.King’s dream by reaching out to those in need. I work at a resource center that helps pregnant women, single mom’s and struggling families who need clothes, diapers, education and encouraging words. Dreams are not meant to just be discussed. When a women sincerely says, “Thank you  for your help” I know in a small way she’s moving closer to reaching the dreams for her family. 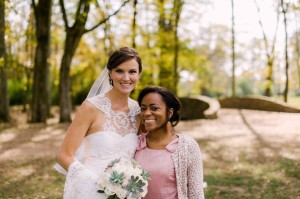 I live Dr. King’s dream by cultivating friendships that cross cultural barriers. Last year I had a wonderful time visiting my dear friend Natalie for her wedding in Alabama. Natalie runs “Bound4LifeBirmingham“, a local chapter of the International prayer movement for the ending of abortion. She’s an amazing pro-life voice. When I lived in Atlanta, Nat and I would dream together. We wanted to see another justice movement come forth from Atlanta and Birmingham. A movement for the sake of the unborn and those victimized by abortion. We joined hearts and hands in prayer believing this dream will come true. Natalie’s bridal luncheon was held at the Birmingham country club. As silly as it may sound I took a picture in the bathroom with my dear friend Kelly. I took the photo because a black woman hugging a white woman in the bathroom of the Birmingham country club is a victory. It’s a sign that progress has been made. 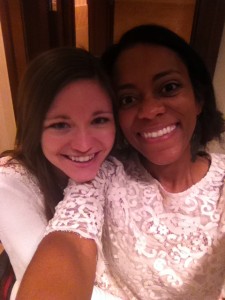 Celebrating at the Birmingham Country Club

I’m a dreamer by design and I won’t lose hope. Thankfully I’m not the only one believing for change. Though I am disappointed by some of our nation’s black leaders, others greatly inspire me. Here are two articles from Black leaders who live out Dr. King’s dreams by defending the rights of the voiceless. Read Ryan Bomberger’s thoughts on the demeaning of the the MLK march and Dr. Ben Carson’s article questioning how Dr. King would respond to the violence in Black America. Keep living out the dream by standing up for life!