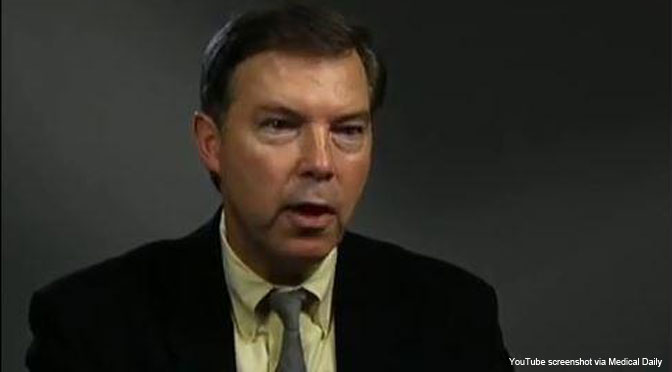 A friend invited me to visit her in Thailand last year. I didn’t go, but it sounds like an interesting place: you can relax on the beach, see exotic wildlife, and learn about the country’s rich history. You can also hide from sexual assault allegations there – something Dr. Roger Ian Hardy (pictured) knows all about.

Hardy worked as an abortionist for Planned Parenthood in the early 90s. In the years before and after, he faced multiple accusations of sexual misconduct. While Hardy has yet to be charged, he had to surrender his medical license in 2014 and is under investigation in two Massachusetts counties. He’s since relocated to Chiang Mai, Thailand.

When a child under fourteen “becomes pregnant or contracts a venereal disease,” it’s usually a bad sign. That’s what Colorado’s Office of Children, Youth, & Families says, anyway. They’ve created a website explaining how to identify sexual abuse, and it lists pregnancy as a prime indicator. Thankfully for Timothy Smith, staff at Planned Parenthood of the Rocky Mountains didn’t agree.

Smith brought his thirteen year-old stepdaughter to Planned Parenthood after getting her pregnant; the abortion they provided helped his abuse remain hidden and ongoing. One staffer later explained that “being thirteen and pregnant alone is not a red flag.”

Gary Cross got similar help when he brought a 13-year-old victim to Planned Parenthood. So did Luis Gonzalez-Jose after he raped an 11 year-old. Fellow abusers John Blanks, Jr., Adam Gault, Joseph Coles, Kevon Walker, Edgar Ramirez, and Grey David Woods did too.

When an alleged victim of accused serial rapist Tyler Kost told Planned Parenthood she’d been assaulted, staff “did not want the hassle” of reporting it. Law enforcement has said the investigation could have started months earlier if a report had been filed.

I don’t know how many people at Planned Parenthood are willing to enable rape and abuse. What I do know, however, is that Live Action didn’t have trouble finding them:

In 2008, Live Action founder Lila Rose told a Planned Parenthood counselor she was 14 and had been impregnated by a 31-year-old man. The counselor responded by telling her to lie about the man’s age when seeking an abortion. Staff at other facilities didn’t seem too concerned either:

Given these cases, the idea of Planned Parenthood hiring an alleged sex predator isn’t tough to believe. What is tough to believe? That Congress would fund it. America’s largest abortion chain receives over half a billion tax dollars a year, despite a better option being available.

Across the country, more than thirteen thousand federally qualified health centers (FQHCs) deliver care to those in need. Not only are they far more accessible than Planned Parenthood, they also have more to offer: FQHCs performed over five hundred thousand mammograms last year, while Planned Parenthood did zero.

If you’re not happy about that, tell Congress you want Planned Parenthood’s funding sent to FQHCs instead. Because while Planned Parenthood has a track record of ignoring abuse, that’s something the rest of us can’t turn a blind eye to.