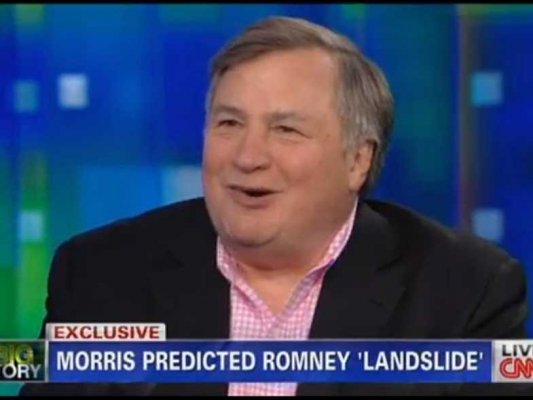 Throwing in the towel on an evil without peer. 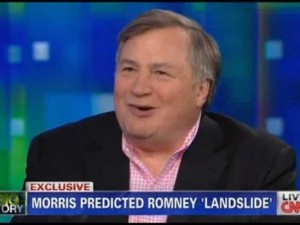 The 2013 Conservative Political Action Conference is underway, and while there have already been plenty of encouraging stands for life, it’s not all sunshine. During his speech, former Clinton strategist-turned-Republican pollster Dick Morris told the crowd that it was time to throw in the towel on several issues, including abortion:

In order to win back young women, Morris argued that Republicans should stop trying to make abortion illegal and instead focus on a bipartisan effort to reduce the instances of abortion.

“Single white women run screaming from the Republican Party, largely because of our pro-life position,” Morris said. Morris stressed that Republicans can remain pro-life in principle, but needed to shift their focus away from the courts and embrace polices like “adoption, adoption tax incentives, birth control, abstinence, parental notification, parental support … a whole range of efforts, some sponsored by the right, some sponsored by the left.”

Good idea. Let’s ask President Rice what she thinks of it.

In all seriousness, while Morris has never been passionately conservative on social issues, I haven’t usually gotten the sense that he held personal antipathy for their place in the GOP. So I’m inclined to believe that the culprit here is plain old misjudgment (which is a recurring problem for Morris).

And what misjudgment it is. After Mitt Romney’s defeat in November, The Hill’s Christian Heinze looked at the numbers and concluded that, contrary to superficial readings of media narratives, there was no political advantage to Republicans abandoning the unborn:

According to a CBS poll, voters were split, 49%-48%, on Mitt Romney and Barack Obama’s views on abortion […] In other words, half of the electorate agreed with the abortion position of every GOP presidential nominee since Ronald Reagan […]

Only 13% said Akin’s comments about rape and abortion reflected the views of the Republican party, and only 24% of Democrats said the same […]

Evangelicals made up 26% of the voting electorate in 2012, and abortion is a deeper driver of their affinity with the GOP than any other issue. For every wavering independent the GOP might score for shifting on abortion, many of the most committed, reliable, and passionate activists for the party would tune out.

Strategically, that last point may be the most important. In addition to evangelicals, faithful Catholics are also a huge part of the Republican coalition, and given how many of them voted for Obama due to fallacious notions of social justice, one can’t help but conclude that the moral severity of abortion is the only thing keeping many Catholics with the GOP. Following Morris’s advice would all but guarantee a mass exodus of pro-lifers from the GOP, for which what few pro-choice votes they’d gain in return wouldn’t even begin to compensate.

In fact, there’s already a political home for pro-choice voters who favor Republican tax policy and disdain Democrat social programs: it’s called the Libertarian Party, and they got a whopping 1% of the vote in 2012. Which was a historic high for them. There’s simply not some vast, untapped well of socially liberal would-be Republicans out there to pander to.

Further, Morris’s proposed “bipartisan” approach to supporting life is a non-starter for the same reasons that undermined Bobby Jindal’s brainstorming on the subject and the preposterous argument that ObamaCare would reduce abortion rates. Birth control “access” isn’t a factor in unplanned pregnancy, Democrats have no interest in common ground and would never go along with us on abstinence or parental notification, and conceding to them the “right to choose” wouldn’t defuse anything; it would only embolden them to press on to taxpayer funding of abortion and ensuring that that “right” is just as secure in the third trimester as it is in the first.

Lastly, if there’s any issue where decent men and women must stand on principle despite political risk, it’s protecting babies from slaughter. Abortion is an evil without peer in twenty-first-century America, and as such it’s a hill good people should be willing to die on if it comes to that. Safeguarding the rights of the individual is the reason we send people to Washington, the reason we even have a government in the first place.

Any politician who would sacrifice the innocent for political gain is a politician without honor, and a party comprising such empty suits would be a worthless organization with no higher purpose than its own perpetuation. That might be enough for the pollsters to make their living, but the rest of us expect our representatives to do something with their power.