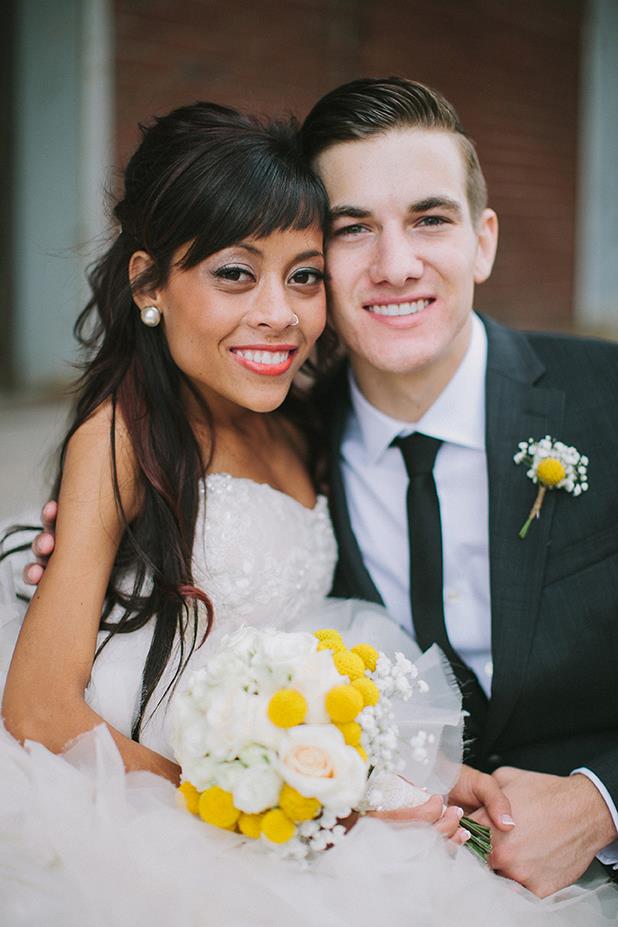 Telma Weisman has a Cinderella story with a twist. It doesn’t involve a wicked stepmother, evil stepsisters, or a pumpkin that turns into a carriage. It’s the true story of a beautiful orphan girl who overcame great obstacles, was rescued by love, and eventually married the man of her dreams.

Telma grew up in the Marshall Islands. Born with severe scoliosis, she was given away by her birth mother at three months old. She was told her mom felt unprepared and believed she was too young to care for her. Telma’s uncle took her in for the first nine months of her life. When her uncle and his wife gave birth to their first child, they could no longer afford to take care of Telma. Telma was given to a woman named Elsa, who raised her until she was 11.

Telma learned to survive by fighting for herself. At times she stole money to buy food. She dreamed of going to America, where she thought the people were rich and happy. Some nights Telma would be overwhelmed with sadness and hopelessness. Feeling alone and broken, she would question her existence. “Why was I born? Why did I have scoliosis? Why didn’t my birth parents want me?” she would think. One day her cousin teased her by telling her Mama Elsa and her husband had taken her in only because no one wanted her. Telma screamed at him, ran away, and cried. From that day forward, she believed that his words were true and shut off her feelings.

Like all good stories, Telma’s has a miraculous intervention that led to a drastic change in her circumstances. In the summer of 2002 she met Derek and Renee Loux. Derek was a Christian musician who was leading worship at a conference in the Marshall Islands. Along with their biological children, Derek and his wife Renee had adopted twin daughters from the Islands. When Renee met Telma, she invited her to spend time with them. Telma enjoyed being with the Louxs because she felt loved by them. When they left for the states, Renee promised that they would come back for her.

Six months later, on Christmas Day, the promise was fulfilled, and Telma flew to the states. The Louxs original plan was to help Telma get the medical assistance she needed. However, an important dream influenced them to adopt her themselves. In 2006, the Loux family traveled to the Marshall Islands to finalize Telma’s adoption. 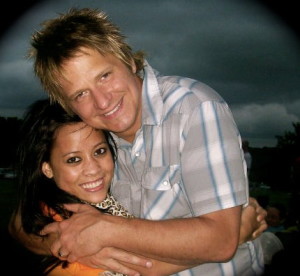 Telma remarked on that time:

After being adopted, it took a while for me to realize that I did not have to be in charge of me anymore; there was actually a family that wanted to take care of me. It took a little bit before I felt free to be me, free to hope for my future, free to feel loved, secure, and blessed. I loved growing up in a big family! We shared everything with each other. My parents loved us well and taught us so much about life, family, love and especially Jesus.

After adopting Telma, the Louxs adopted more children from around the world, some with serious disabilities. Derek and Renee started a ministry called the Orphan Justice Center. They encouraged people to take children into their homes and love them. In December of 2009, Derek was on a ministry trip receiving training to rescue children out of sex slavery. Tragically, on the way home, a car accident took his life. The shock of his sudden passing was extremely difficult for all who loved him. Renee continued to carry the passion for adoption that Derek and she shared. Though Derek’s loss was unimaginable, the family persevered through their faith and love for each other. 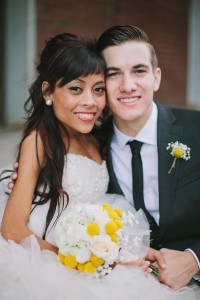 Life is full of dark days and moments of joy. Even as the the Loux family mourned the loss of their father, they continued to hope for the future. In the fall of 2010, Telma met a handsome young man named Isaac Weisman. Telma and Isaac became good friends, and after 7 months of friendship, they began dating. Telma knew he was the person she wanted to marry.

In her own words, she told me, “Honestly, I never thought I would ever get married. But the Lord had a different plan, and He picked the right person for me. On August 25, 2012, in honor of my dad’s 40th birthday, Isaac and I got married, and it has been an amazing journey!”

In October of 2013, Telma found out she was pregnant. The couple is excited to be having a girl, Averie Jane Weisman, due on May 20, 2014. When Telma had a back operation years ago, a doctor told her that if she wanted to get pregnant, there would be complications. Miraculously, she hasn’t experienced any. She told me Averie Jane is growing and looking healthy. Telma said, “I’m a little over six months pregnant, doing well, haven’t had any aches or pains. This is definitely a miracle from the Lord!”

In preparation for Averie’s arrival, Telma and Issac applied for government insurance to help with the costs of the birth. Since Telma is not an American citizen, she’s ineligible to receive governmental help. The Weismans searched for alternative health care solutions, called hospitals and charities, and talked to everyone they thought could help with their situation. As a last resort, they decided to open a Go Fund Me account to see if others would like to contribute to Averie’s medical bills. Their goal is $15,000, and every day they get closer to it. Last time I checked, they were at over $8,000.

Telma is overjoyed to become a mother. Along with a heart for her own child, she is concerned with the children of the world. When I asked Telma what she thought being pro-life meant, she replied:

I believe that life begins at conception, that the child in the womb truly is a human being. I believe that it’s God who gives life[.] … Abortion is wrong, and it’s an injustice. It breaks my heart, knowing that all over the world, every day, babies are killed. I remember years ago, talking to my dad about the issue of life and abortion. He asked, “What would you do if a woman is walking into an abortion clinic, stops because she sees a group of young people praying with LIFE tape over their mouth, walks over to you, with tears down her face because she knows what she’s about to do is wrong, but she has to do it because she knows she is not in a place to take care of the child and every one of her friends and family is telling her she has to do it? What would you do? Would you pray for her and tell her it’s gonna be okay and keep on with your life, or would you be the solution to her problem and say, “If you don’t want the baby, I will adopt him/her from you?”

Telma believes that adoption is the answer to abortion. She thinks that if people will stand up and say, “We’ll take care of your baby and help you through that process,” then the number of abortions would be lowered. 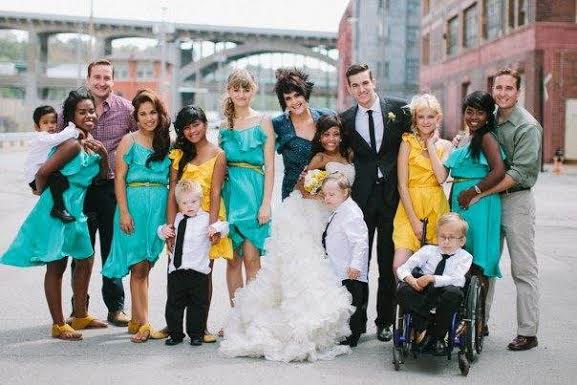 Renee and her beautiful family.

Telma’s life is a miracle, and her story brings hope. If you’d like to read more about her and Issac, or give a gift to help baby Averie’s medical bills, check out her page.

I’m grateful that this Cinderella story will continue with another sweet princess being welcomed into the earth.