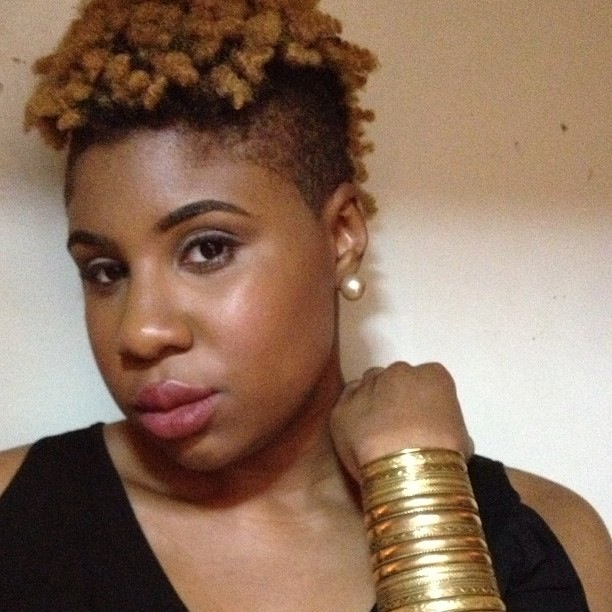 Iman Essiet didn’t want to become another negative statistic.  Yet this beautiful African-American woman became pregnant when she was just 16. Iman was living in Brooklyn, New York, being raised by her older sister. Like most young women, she was in search of love.

Deep inside her heart, Iman knew abortion was wrong. She was a professed atheist whose thoughts about abortion didn’t come from a religious background. They had nothing to do with politics either. Iman had just always said she’d never get an abortion, because abortion was murder.  Unfortunately, negative circumstances have a way of driving us to do things we know we shouldn’t. 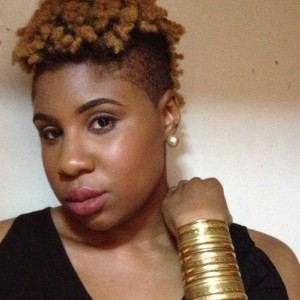 Iman went to Planned Parenthood’s Margaret Sanger Center in New York to get an abortion. They asked her if she wanted to be awake or asleep for the procedure. She decided to be asleep, hoping that would make it easier. Iman sat in a room with a Planned Parenthood counselor before the termination. Yet Iman recalls receiving little or no counsel.

She was asked, “Do you want to do this?” She said, “Yes,” and the paperwork came. Although she was just 16, the counselor didn’t ask about her parents. As Iman told me in our interview, “I was the adult that day.”

Did she fully understand what she was doing? Iman states that she didn’t. Did she receive information on options like adoption or crisis pregnancy centers? Iman didn’t even know they existed and were located in her neighborhood. For an organization that prides itself on offering “choices,” Iman felt she had only one. She believed her option was to abort her child or suffer poverty as a teen mom. The counselor at Planned Parenthood reinforced those beliefs.

After her abortion, Iman tried to sweep it under the rug. Her boyfriend’s cousin invited her over saying, “You shouldn’t be in the house alone because you’ll feel sad.” Time passed, and life continued on as before. Soon Iman became pregnant for the second time. Her sister overheard her talking about this pregnancy on the phone and told her she must abort. The word spread to her family and they came together, further pressuring her to abort her child.

Iman was steadfast in her conviction to not have another abortion. The father of the baby didn’t want a child. Iman’s mother offered her thoughts, saying abortion was a quick process. The mother of her boyfriend called as well saying, “My son’s no good, you don’t want to have his kid.”

Though Iman resisted at first, eventually she found herself back at the Margaret Sanger Center. This time things were different. “I don’t want to abort,” she told the clinic worker. “My family’s making me.” The worker didn’t seem to be really listening.

“Can I see the sonogram?” Iman asked. “No, absolutely not,” said the worker. The worker never gave a reason why she couldn’t see her sonogram. Iman said, “I know I would have kept my baby, if I could have seen that sonogram.”

The second abortion was harder than the first. Iman became numb to everything in her life. She was furious at her family for pressuring her to abort. She couldn’t forgive her sister. She believed no one cared about her. She felt like Planned Parenthood had put her on an assembly line. They didn’t care about her well-being. The clinic worker didn’t want to help her when she was conflicted about her decision. They, like her family, were not looking out for her best interests. Planned Parenthood’s slogan is, “Care, no matter what.” In Iman’s story it was more like, “No matter what, we don’t care.”

Iman’s second abortion was not her last. Over the next few years Iman went through with three more abortions. She was a mother to five children, yet all were terminated. Looking back, Iman believes choosing abortion put her on a vicious cycle. Having an abortion numbed her heart; it made her stop caring about herself and others. She began to think that having abortions was just a normal part of her life. She was disconnected from her own emotions and pain.

Yet in the darkest time of her life, a light of hope shone through. That hope came in 2010 when Iman began a relationship with Jesus. Iman accepted God, and her life began to change. She started going to church and allowing herself to receive the love she desperately needed.

One day as she was listening to a message from a minister named Jesse Duplantis, she heard something that caught her attention. Jesse said  that babies who died from miscarriage or abortion were in heaven. He said that moms who went to heaven would get to see their babies again. This was a comforting and surprising thought to Iman. Even after coming to Christ, she’d been pushing down the pain from her abortions. Now she believed God was bringing it to the surface.

At a church conference weeks later, Iman had a conversation with a woman and her daughter. The mom told her daughter to tell Iman about the walk she was going on that summer. The daughter gladly informed Iman about a group of women who were embarking on a 21-day prayer journey for the ending of abortion. The women were planning to walk from the largest abortion clinic in the U.S in Houston, Texas to the steps of the Dallas Supreme Court when Roe v. Wade was first passed.

Iman, who is naturally bold, told the young woman about the message she had recently heard and her five abortions. The woman encouraged her to apply to be one of the walkers for the march. Iman followed her advice and made it on the “Back to Life” team. 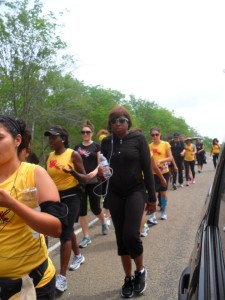 Iman and “Back to Lifers” walking through Texas, praying for the ending of abortion.

Walking and praying for 21 days to end abortion opened Iman’s eyes. She admitted to not knowing how big of an issue abortion was. She had no idea New York had an extremely high abortion rate. She was devastated to learn the history of Planned Parenthood, eugenics, and Margaret Sanger. She didn’t know abortion was the #1 killer for African-Americans.

Iman believed God was calling her to contend in prayer against the issue of abortion. Her family however, was not in agreement. They didn’t support her in this new calling. Even a close Christian friend told her she was doing the wrong thing. Yet Iman persevered through discouragement. She began volunteering at an emergency pregnancy center in the Brooklyn, which is smack in the middle of two abortion clinics.

Years after her conversion, Iman is now the leader of Bound4Life Bronx– a chapter of the international grassroots prayer mobilization movement to end abortion. On June 7th, 2013, she will be holding a prayer meeting outside of the Margaret Sanger Center where her five children died.

Iman told me the responses she’s gotten from people about the number of abortions she had used to hurt her. Yet she is no longer ashamed of her past mistakes. Iman is bravely standing for life in this hour. And she’s not alone in the fight.

There are millions of African-Americans who’ve suffered the trauma of abortion. Thankfully, some like Iman are brave enough to talk about it.

If you are living in New York and are pregnant, you have options. Please visit the Expectant Mother Care Center for help. They have multiple sites in New York and a 24-hour hotline. If you’re in the New York area, join Iman on June 7th and say a prayer to end this death decree.

*Correction: An earlier version of this article listed Bronx, New York as where Iman grew up and volunteered. It was actually Brooklyn, New York.