There is a lot that I do not understand about people and why some people do what they do, but the most perplexing and horrifying thing is the relationship between Death Row and unborn children.  Why do we treat those who have committed serious crimes more humanely than innocent children?   Those who are on Death Row are treated better than we treat unborn, guiltless children. 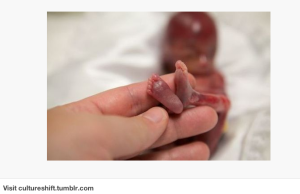 Crimes that can land a person on Death Row are numerous. Murder, espionage, genocide, and treason are a few of the reasons one might be sentenced to death.  Basically, if you’re on Death Row, you have done something seriously wrong that most likely ended the lives of more than once person in a brutal manner.  Death Row inmates are by no means spoiled, but Billy Joe Johnson thought it was comfortable enough that he requested the death penalty so that he could enjoy the accommodations during the long appeals process.

Not only do these criminals live a more comfortable life than the average prisoner, they die in a way that is certainly more humane than abortion.  Multiple drugs are given to ensure that the prisoner feels no pain when a lethal dose of a toxic agent is given.   Yes, Death Row inmates who have committed genocide, who have murdered and raped and tortured, are allowed to feel no pain in death.

Sadly, many believe that this doesn’t apply to the youngest and most innocent of our species.  This image shows you what happens to a baby who is aborted in the second trimester. 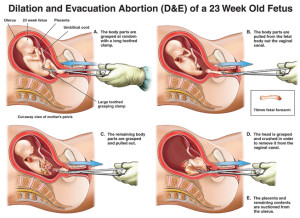 See how it’s being torn apart piece by piece?   And if anything is left behind, they suction it out.  This is what we do to the youngest of our species.  But that’s not all.  Abortionists do this past the point of development what infants have a heartbeat, past the point when babies can feel pain.

We have allowed the definition of life to become so distorted that it can mean something different to each individual.  We have ignored scientific facts about life beginning at conception.  Perhaps more than any other reason, we allow this atrocity to continue because we are too afraid to look at the evidence and admit we are wrong.   We do not want to admit that we have messed up the definition of something as sacred as a human life.

Not a single human life should ever be described as worthless or without value.  I am certainly not saying we need to treat those on Death Row as less than human.  I am simply saying that we need to treat all humans as though they are humans.  If the most criminal among us are treated well in their death, then the most innocent should have a chance at life.