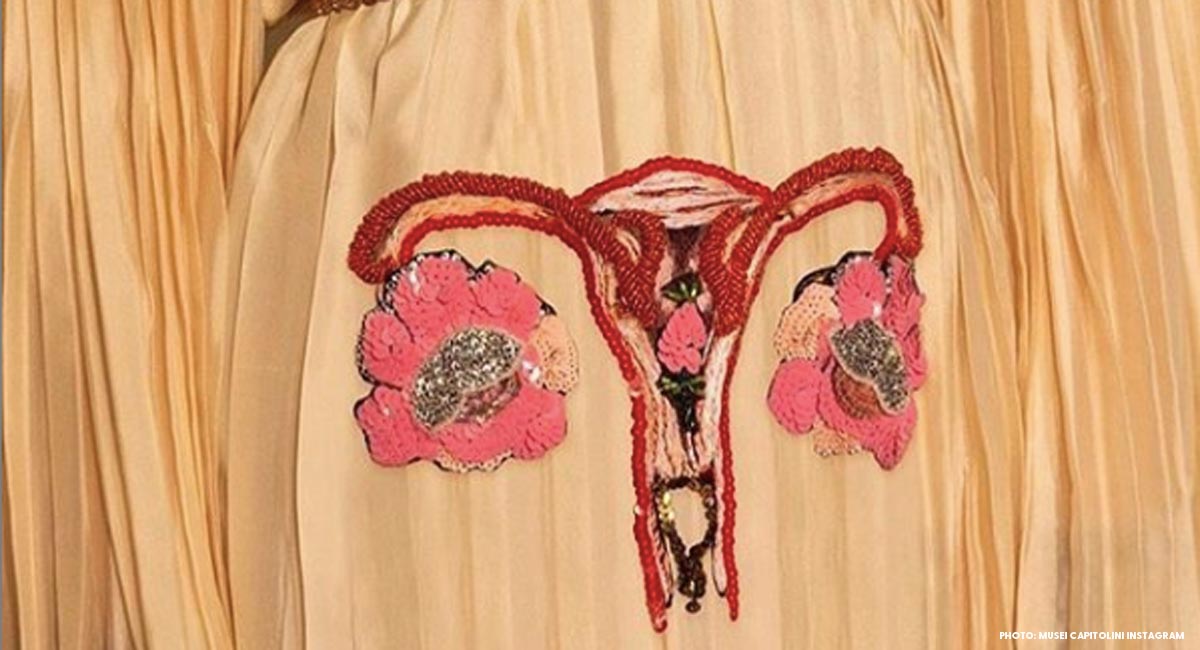 Beleaguered luxury brand Gucci has made a loud statement about abortion with the rollout of its Cruise 2020 collection. Designed by Gucci’s creative director Alessandro Michele, the collection featured garments with provocatively pro-abortion messaging.

Michele described the collection, unveiled in the Capitoline Museums in Rome on May 28th, in an interview with Women’s Wear Daily (WWD) as “paying homage to the Italian law regarding abortion.” The fashion line included a purple jacket with the frequently used pro-abortion catchphrase, “My Body, My Choice,” as well as a jacket featuring the date of Italy’s abortion law, and a skirt with a flowering uterus. Michele claimed that pro-life laws passed in various states in the U.S. “made me consider how much women should be highly respected,” according to the AP.

‘My Body My Choice’ is a feminist slogan from the 70s which appears on the reverse of this jacket seen before the #GucciCruise20 fashion show by @alessandro_michele. This piece echoes the Creative Director’s continuing vision of freedom, equality and self-expression. Since founding @chimeforchange in 2013—the global campaign that represents and advocates for gender equality—@gucci has a longstanding commitment to women and girls by funding projects around the world to support sexual and reproductive rights, maternal health, and the freedom of individual choice. Learn more about the global partners for sexual and family health rights the campaign is donating to in 2019, which can be found in @chimeforchange’s link in bio. @museiincomuneroma #AlessandroMichele #MuseiCapitolini

“I wanted to portray the idea that to interrupt a pregnancy does not wipe out the garden, the flower, that is the uterus of every woman,” Michele said in recorded remarks provided to the AP. The Italian fashion designer made no mention of the preborn baby whose body is forcibly removed from the uterus during that so-called “interruption of pregnancy,” nor the fact that the violent procedure can potentially cause serious, even life-threatening complications to women.

Culture of Life Africa’s president, Obianuju Ekeocha, saw the move as more of the same “death campaign” waged by the “influential”:

Ok. @gucci joins in the death campaign with clothes marked “My Body, My Choice”.

Abortion is a sacrament to those who support it.
And who supports it?
👉🏾The rich, the powerful, the influential.

In an interview with WWD, Michele justified his pro-abortion messaging by asserting, “The only world that I can imagine is a world where every single person can be who they would like to be, without any sort of restriction or judgement.”

Yet the violence of abortion condemns voiceless people every day to never having a chance at becoming who they would like to be. The very laws that Michele and Gucci are protesting seek to protect, foster, and empower human lives with the goal of ensuring — to use Michele’s own words — that every single person can be who they would like to be, without any sort of restriction or judgment.

Earlier in 2019, the Italian fashion brand made headlines when it debuted an $890 balaclava sweater that many decried as reminiscent of blackface. The brand was forced to apologize.