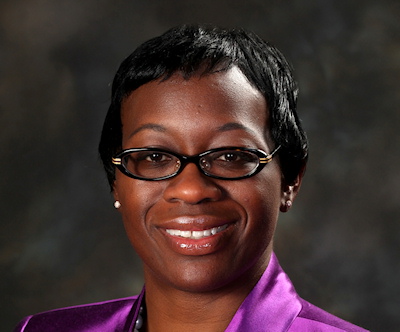 Even though it may be unpopular at times to stand up for life when others don’t, I always thought of America as a place where we respected different opinions and beliefs. But America is lacking a lot now what once made her so great. So many people don’t know enough about the pro-life movement. Either they refuse to face the facts or they have been exploited and lied to by Planned Parenthood.

For pro-choicers, I have to wonder if they really understand abortion. And if they don’t, why won’t they listen up about the true nature of such a procedure? It’s not just that it kills another human life (which invalidates the “my body, my choice” argument), but it is physically and mentally damaging to women. If a woman is having something so permanent done to her body, why wouldn’t she want to know every single thing there is to know about such a procedure – and from an unbiased source, not the person collecting the cash from her?

I feel for women who have made the mistake of having an abortion, and I remember them in my prayers. I also remember in my prayers those who don’t know enough about abortion. There’s another group of people I pray for, even when it may be difficult.

Even though America is a place of freedom, there are still people who laugh and make fun of others for their beliefs, who call them terrible names and commit violent acts against them. There are also people who, while they may not do such things, still make a mockery of pro-lifers and America’s law-making system.

While checking my e-mail on my Yahoo account, an article popped up with this title: “Third female lawmaker introduces bill to limit men’s Viagra access.” Sure enough, there are three women (that we know of) within state legislatures who not only are against anti-abortion legislation, but actually mock our law-making system to prove they are. Such women need to be prayed for because not only do they truly fail to understand the work of the pro-life movement and its cause, but they also disrespect it through mockery. Ohio Representative Nina Turner is a Christian, and Illinois Representative Kelly Cassidy is Jewish. Both religions are known for pro-life teachings. And while these representatives aren’t acting according to their pro-life religions, they also certainly aren’t acting in a respectful way of the American system, either. I’m sure that members of their constituencies are pro-life, and these representatives are mocking them as well.

It’s not just that lawmakers like Rep. Nina Turner, a Democrat from Ohio,  mock our country and its system for creating laws, but they are a prime example of how those who do not understand abortion can still wield dangerous power. It’s not that pro-lifers championing anti-abortion laws want to limit the sexuality of women. We are all for empowering women as well as the unborn, and abortion is not very empowering for either party.

I’m about as pro-life as you can get, but I understand that not everyone agrees with me. I don’t understand how people can advocate killing a child, but I let them have the right to their opinion, even if I believe it’s wrong. I don’t mock them, and I don’t make a mockery of America’s laws to prove my point.

I don’t really have a stance on men using Viagra, and it’s not a topic I’ve ever thought about. But to mock pro-lifers and involve men who have nothing to do with anti-abortion laws is not what our system was created for.

When state representatives such as Rep. Turner use sarcasm to make a point about their opinion regarding anti-abortion laws, they make a mockery of the pro-life movement, and thus disrespect it. It’s not only that they disagree with it, but that they also fail to understand the purpose of anti-abortion laws and the motivation of the pro-life movement; they see only their own side and see abortion how they want to see it. If more pro-choicers mock the pro-life movement, being pro-life may become very difficult. Our current pro-abortion president and other pro-abortion politicians have already made it difficult to carry out our pro-life convictions, and we have to wonder, what is next? I understand that lawmakers such as Rep. Turner are pro-choice, but this is America. So please, if I respect your opinion, respect mine, and let me be pro-life.