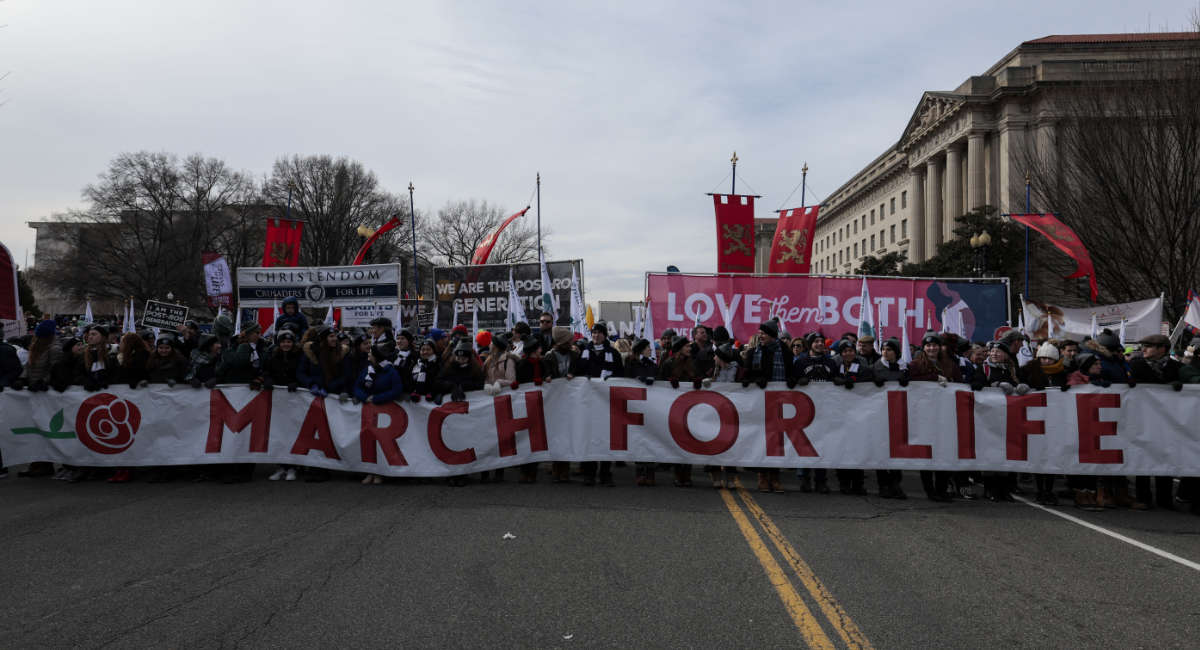 The Roman Catholic Archdiocese of Washington has announced that its annual Youth Rally and Mass for Life, both of which typically take place around the national March for Life in Washington, D.C., will not take place in January.

“After a consultation process that involved dialogue with other dioceses, ministry leaders and the partners who assist the Archdiocese in hosting the annual Rally and Mass,” an undated statement on the archdiocese’s website reads, “The Roman Catholic Archdiocese of Washington has decided not to move forward with hosting the larger multi-Diocese Rally.”

The Youth Rally and Mass for Life has been an annual event for the past 25 years. According to the Catholic News Agency, the Youth Rally has historically been the archdiocese’s largest event.

Little detail was given regarding the reason for the cancellation, although it was implied that area dioceses would be shifting their focus to state-level pro-life work. “During this consultation process, we heard from many dioceses who shared that they are turning their efforts to their state’s March for Life now that Roe v. Wade has been overturned. We certainly support their local work and pray for their success,” says the archdiocese’s statement. “Wilton Cardinal Gregory, Archbishop of The Roman Catholic Archdiocese of Washington, would like to express his deepest gratitude for the support and participation of Archdiocesan youth and young people who traveled to Washington, D.C. over these past twenty-five years.”

The decision was met with disapproval by some. Bishop Joseph E. Strickland of Tyler, Texas, was critical of the move on Twitter, arguing that the cancellation could damage the national-level pro-life movement. “I must protest this cancellation,” Bishop Strickland tweeted. “We have an extremely anti-life President & we cancel our national voice? Yes to state efforts, but we desperately need a national voice for life at this critical time.”

I must protest this cancellation. We have an extremely anti-life President & we cancel our national voice? Yes to state efforts but we desperately need a national voice for life at this critical time. 🙏🙏🙏 https://t.co/FSuiKJI8uq

Others weighed in on social media as well, with some writing, “This doesn’t make much sense,” and “Why can’t we do both?”

This doesn't make much sense.

Why can’t we do both?

Still others called the decision “shameful.”

Another common sentiment was that the decision was “not surprising.”

Unfortunate, but sadly, not surprising

Cardinal Gregory has drawn criticism from pro-life advocates for past actions, including his decision to celebrate a funeral Mass for vocal abortion defender Cokie Roberts, at which Nancy Pelosi gave the eulogy.