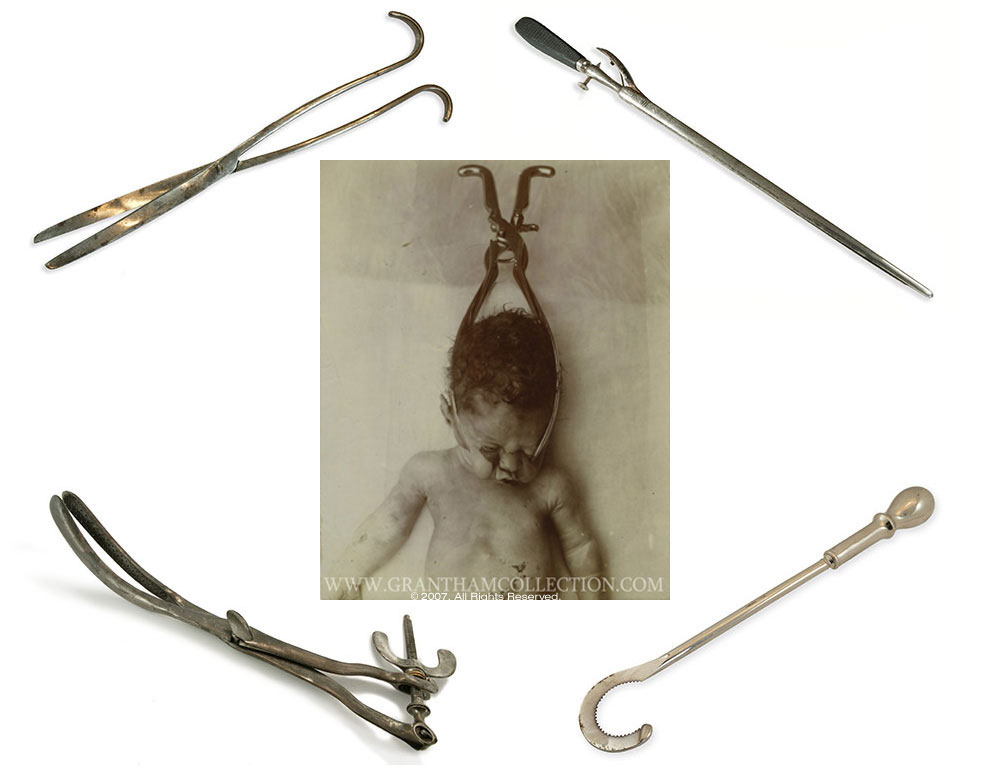 Safety by virtue of legality has never been the most cogent argument for abortion, but especially not this past week, when the DC Abortion Fund raised money by promoting the wearing of coat hanger necklaces.

Donors seeking the cache of identification with the long-cherished women’s ideal of freedom from fertility were given a coat hanger around their necks. 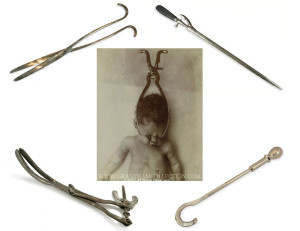 Photo of the tools used in surgical abortion from the Grantham Collection, an online site that documents the instruments used from the sixteenth century on to perform abortions.

But were coat hangers ever really a part of standard illegal abortion procedure? After all, the same doctors performed abortions after Roe as had before, using the same tools. Deaths were rare from illegal abortions unless you go back to the pre-Penicillin era.

To educate donors, the Abortion Fund could replace the hanger with the more typical implement, announcing: “Donors to wear a Uterine Curette, complete with serrated edge, around necks.” The Uterine Curette is the “go to” instrument made for the specific purpose of abortion. A sleek handle extends to a wire loop. One side of the loop is serrated like teeth and sharp for cutting the child apart. Flipped to the other side, this instrument is also handy for scraping the uterus to remove the placenta. 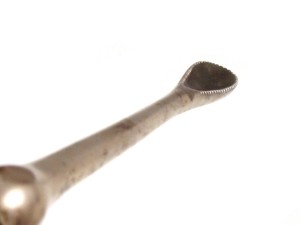 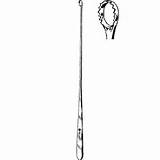 An older version of the Uterine Curette is seen on the left; the updated instrument is seen in the drawing on the right.

Actually, even Planned Parenthood’s medical director – in  the pre-legality year of 1959 – argued for the safety of abortion. So old, illegal abortion was carried out in much the same way as our current Gosnell-era abortion. Of course, the coat hanger calls to mind the image of self-induced abortion, a far less common occurrence accounting for less than 10% of abortions, and hardly the standard practice of illegal abortion you’d expect, given decades of coat hanger-waving feminists. Even with legalization, some self-induced abortions are done by women seeking a home abortion, so the belief that legalizing abortion eliminates self-induced abortion is inaccurate, and proposing on that basis increased access is questionable.

What’s more, it’s a little embarrassing that the prestigious coat hanger pendant boomeranged back into the news the same week an article published in the bulletin of the World Health Organization included the statement “illegal abortion is not synonymous with unsafe abortion.”

The push for legal abortion access as panacea is flawed, according to this recent clarification by the WHO, because myriad ill health effects stem from legal abortions. Any abortion, not just the illegal kind, causes psychological issues, injuries, and deaths. Again and again, reviews of studies turn up evidence of harm, such as the recent one showing an 81% increase in likelihood of post-abortion emotional or mental health problems.

The shiny coat hanger, meant to awaken our collective conscience, is the archetype of feminism’s relatively naive days, before the ultrasound and other technologies revealed the living prenatal existence of human life in the uterus. Abortions, whether done in the past or in our current age, used and continue to employ implements for the purpose of eradicating the baby within. And rather than equating legal abortion with safe abortion, the WHO article contends that abortion risk is better depicted as a continuum. Legal or illegal, in other words, abortions are risky.

No one who looks closely at the instruments and what the procedure entails can like abortion; the ghastly truth gets exposed. Whether done by uterine curette, self-induced, or brought about by some other relatively pain-free method, abortion is the only medical procedure intended to take rather than give life. In an aborting society, the coat hanger is now a fashion statement of feminist ideals that coincide with the scraping out of the baby-containing uterus.

Unsanitary conditions, low standards of care, dangerous instruments, injured mothers? Not unusual. Not a thing of the past, either. All of those things can be found in legal abortion facilities across the country.