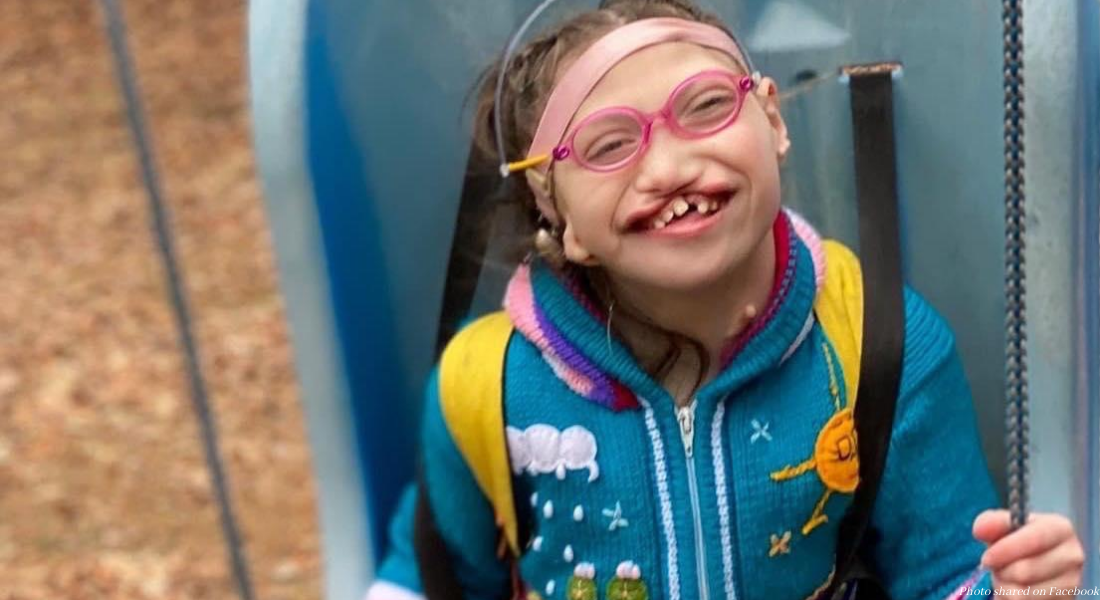 Eight years after Crystal Kelley refused a $10,000 bribe to have an abortion, the little girl whose life she fought for has died. Seraphina Harrell lived a full and happy life, disproving the poor outlook forced upon her by doctors and the parents who wanted her aborted.

In 2012, Kelley had arranged to be a surrogate for a couple in Connecticut. The first 20 weeks of the pregnancy went well, with Kelley in regular contact with the would-be parents. Everything changed after a series of ultrasounds made it clear that the baby Kelley was carrying had some disabilities: she had a cleft lip and palate, as well as what appeared to be a cyst on her brain and a heart defect. So the parents told Kelley to have an abortion.

“They were both visibly upset. The mother was crying,” Kelley told CNN. “They said they didn’t want to bring a baby into the world only for that child to suffer. They said I should try to be God-like and have mercy on the child and let her go… I told them that they had chosen me to carry and protect this child, and that was exactly what I was going to do. I told them it wasn’t their decision to play God.”

READ: Not ‘mothers’ but ‘egg donors’: Why are surrogates treated as if they don’t exist?

Kelley then left the room, but the parents weren’t done trying to coerce her yet. They told her they would pay her $10,000 to go through with the abortion, and when she still wouldn’t budge, they tried to scare her with dismal pictures of what the baby’s life would be like — a baby they would refuse to parent. “She painted a picture of a life of a person who had a child with special needs,” Kelley said. “She told me how it would be painful, it would be taxing, it would be strenuous and stressful. She told me it would financially drain me, that my children would suffer because of it.”

The parents then hired a lawyer, who began sending threatening letters, saying she was legally obligated to go through with the abortion. But through it all, Kelley stood firm, and took drastic action: she moved from Connecticut to Michigan where, despite being a surrogate, she would be listed as the baby’s biological mother, with all the rights that entailed. She soon found the Harrell family, who adopted baby Seraphina.

Seraphina did have several disabilities, including heterotaxy syndrome, a condition where the organs are situated on the wrong side of the body. She also had some heart defects, as well as two spleens, neither of which worked correctly. Her brain also didn’t form correctly, and didn’t divide into distinct hemispheres. Yet her parents said Seraphina had a happy, fulfilling life.

“What I heard over and over from so many of her doctors was they could never imagine that someone with Seraphina’s level of need could do as well as she did or be as joyful as she was,” Rene Harrell, Seraphina’s mother, said to CNN. “What drove the conflict when Crystal was pregnant with her, was whether or not she’d have a meaningful life. And I think without hesitation, the answer to that question is yes, she did. Seraphina had a very, very meaningful and happy life.”

Seraphina couldn’t physically talk, but she was able to communicate through American Sign Language, and used a wheelchair for mobility. Her mother said her favorite sign to make was “I love you,” which she would make with a kissing sound. “She was so loving. If you looked sad, she would comfort you. If you got even the slightest little poke, she would sign ‘sorry’ and then kiss your boo-boo,” she said. “When her baby cousin cried, she would sign ‘Baby, cry, Mama, milk.'”

She also had a strong personality, full of confidence, leading her siblings to nickname her “Bossy Dwarf” when they all dressed up as the Seven Dwarves for Halloween one year. Harrell said they all had strong relationships with Seraphina, with different things they enjoyed doing with her. “Nora and Nathan read to her. Laney painted her nails. Derecc played Darth Vader wars,” Harrell said. “She fought with the nine-year-old twins. Clare was her true playmate, because even though she is 18, in practice she and Seraphina were both around three, so they liked the same things.”

Nathan, her 10-year-old brother, would read Little Critter books with her, and it was such an important part of their relationship that he asked for one of the books to be buried with her. The depth of love that Kelley and the Harrell family had for Seraphina proved how wrong those who wanted her aborted were. To them, Seraphina was worthless, because they couldn’t see past their own bias and ableism. Surrogacy turned her into a product, not a human being. But fortunately, she was given the chance to live, with a family who loved and appreciated her for exactly who she was.

“They all miss her terribly,” Harrell said. “She was the centering part of our family. She was our heart and soul.”