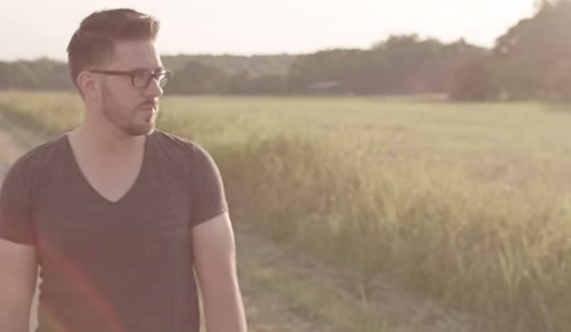 Perhaps best known for his third place finish in the eighth season of American Idol, singer and songwriter Danny Gokey knows the value of life – no matter how long or short one life may last.

His wife Sophia encouraged his dreams and urged him to audition for American Idol. Just a month before his audition, Sophia died unexpectedly after what should have been a routine heart surgery. The couple had been high school sweethearts and Danny was devastated. Yet in the midst of his sorrow, he honored Sophia’s wish and auditioned for American Idol a month after she passed. He advanced through the competition. Viewers were touched by Danny’s story and the depth and power of his voice made him a fan favorite.

In Sophia’s honor, Gokey started an organization called Sophia’s Heart that aids “children and families who have been touched by poverty, sickness, disease, broken homes, and broken dreams.” Clearly, Gokey has a pro-“whole life” take on his ministry and work.

Gokey started off, after American Idol, as a country artist. At one point, he was touring with Taylor Swift and Sugarland, and he set a record for a debut country male artist. Now, he’s taken the Christian music world by storm with his hit single, “Hope in Front of Me.”

Not only does “Hope in Front of Me” have beautiful lyrics, but it also portrays a vividly life-affirming message in Gokey’s official music video. The star of the video is a young woman, obviously pregnant. She also obviously intends to keep her baby. At many points – nearly every time you see her full body on screen – she is seen with her hands protectively guarding her unborn child.

But here’s what makes this music video extra incredible: As we watch the video, we learn that the woman is a victim of rape or sexual abuse. And still, she is choosing life – and hope – for her unborn child and herself.

It’s clear that this mother isn’t certain of what her future holds. But it’s also clear that she knows who is in her future – her baby and the God Who always offers hope. Life is up ahead, in front of her, and she can see it with hopeful eyes.

Gokey also purposely includes a message for those considering suicide, those addicted to drugs or alcohol, and anyone who has been victimized and abused. His message is simple: every life, no matter how difficult or painful, is worth living.

What a beautifully heart-rending message, poignantly communicated through the art of music. As Gokey’s bio confirms:

Each song reverberates with the emotional honesty and life-affirming messages that have become hallmarks of Gokey’s music.

Let’s hope this young artist – who has walked through the fires of life and death on a very personal level – keeps creating this kind of life-affirming music. And let’s hope the world keeps listening, hearts wide open, and hope in front of them.