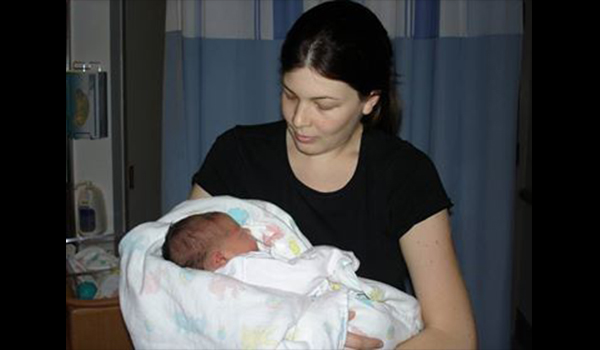 Hi, my name is Camille, and an unplanned pregnancy is only a small part of my story. #wecandobetterthanabortion

That’s how Camille Williams began a poignant social media post recently, finally needing to speak out in the midst of the media messages that glorify abortion.

It was almost exactly 12 years ago that Camille found out she was pregnant. She was 23 years old, unmarried, and without a college degree. She couldn’t imagine how she could raise a child. The baby’s father had already morphed into her ex-boyfriend, and he had made it abundantly clear that he was not interested in marrying her. For some women, the stage would have been set for an abortion. But Camille took a different route.

Not glossing over any of the hard times, she recently chose to speak out to give women a realistic picture coupled with hope, as if to say, Yes, it’s hard, but it’s the right kind of hard, the kind you are thankful you chose.

Pro-life for all of her life, Camille has always been vocal about her beliefs. Yet she found people repeatedly asking her, “What would you know?” She tells Live Action News the questions came not from people genuinely curious, but as criticism. “And it hit me that I could use my story. Statistically speaking, women just like me are the majority of abortions. So I started writing it out.” Camille poured out her heart, retelling the story of how her beloved son came into the world.

At age 23, Camille faced her situation head on and prepared to have a baby. It wasn’t easy shifting gears on her life. She says, “I was very vocal that I didn’t ever want kids, and I often joked that I would someday be a ‘stay-at-home wife,’ not a stay-at-home mom.”

But when she found out she was pregnant, Camille’s choice to keep her baby was easy because abortion wasn’t even in her vocabulary. She told her ex-boyfriend and offered to keep his name out of it if he didn’t want to be involved. But he did. Dan wanted to know his child, too. And so, despite not being together, they prepared to become parents.

Telling her own parents was one of the toughest things for Camille. She writes:

Having to tell my parents that I was pregnant, after they had pretty much been the best parents a person could have, felt like I was just slapping them in the face. I was ashamed for my younger sisters to know, after all, I was supposed to be an example to them.

Camille’s parents stood by her, but many others would not. She says not even 24 hours after sharing that she was pregnant, the rumors started flying in an email that circulated about her and Dan. It was filled with “blatant lies about me and Dan,” she says. “A mockery of my life quickly circulated among people I was acquainted with, friends with, and the pastoral staff of the church I had been a part of my entire life. It made its way back to me. … I was stunned by the things being said, and even more stunned that this was being forwarded around.”

Apart from the sheer meanness of those behind the lies, there were natural consequences to Camille’s social life: “Pregnancy is exhausting, especially the first few months,” she says, adding, “I would come home from work and go straight to bed, and sleep until the next morning.” But even if she did have the energy and time for socializing, she wasn’t sure where she fit in: “I wasn’t exactly up for girls’ night out; nobody else in my social circle was single and pregnant. Some of my married friends were pregnant or had new babies, but emotionally, it was hard to be around them when their lives seemed so happy.”

Yet she still didn’t regret her decision to keep her baby — even despite many fights with her boyfriend throughout her emotional pregnancy and despite her fears of the future. Camille says she threw herself a pity party and “imagined my life in the future, living in some ghetto apartment infested with cockroaches, as a single mom trying to make ends meet.”

“I’m not going to sugar-coat this,” Camille says today. “I’m not pretending any of it was easy.” She even went to birthing classes alone, since natural labor was important to her. In fact, she adds, “The easiest part of the whole process was my five-hour all-natural drug-free labor.” 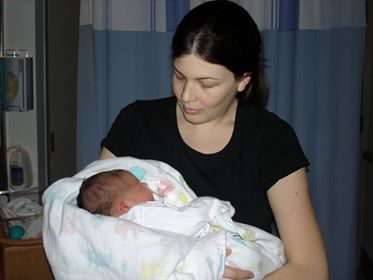 Then Daniel was born. And he let his mother know he was here:

He was a constant nurser. Every night without fail he’d scream until 4 am. I tried nursing, bottles, pacifiers, driving him aimlessly around in the early morning hours, so his screaming wouldn’t wake up my parents. I didn’t have someone else to help me out. Nobody else on diaper duty, or offering to give Daniel a bottle so I could get some sleep. Nobody else to try to comfort Daniel when I was exhausted and exasperated. Then I had to go back to work, and Daniel was still an unhappy baby. I was up with him until 4 am, then slept until 5:30am, when I’d get up to pump a bottle for him, get ready for work, do a final nursing, and then off to work. I started going into work earlier and stay later so that I could take an extended lunch break and go nurse Daniel.

Camille doesn’t regret giving her son life for one moment. Her point in sharing the hard times is to show that life’s hard times are okay because they are worth it. Sometimes things happen that are not planned, but you don’t kill the fruit of it; you make it work. That’s what Camille wants to emphasize the most:

I made it work somehow. My life wasn’t over. It wasn’t ruined. It wasn’t what I had planned or expected. It was different. It was certainly more challenging. But I just kept making it work. Coincidentally, Dan will tell you that was a part of what initially attracted Dan back to me.

Dan and Camille were married when baby Daniel was eight months old. Indeed, Dan had been impressed by how Camille chose to work hard and handle her life despite not planning for Daniel. 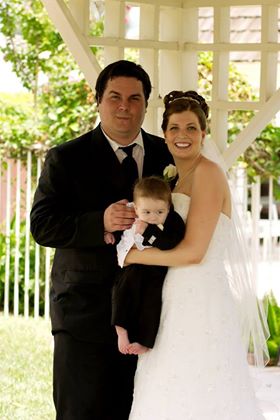 Camille is adamant that just because life may end up different, it doesn’t mean it’s over. And it certainly doesn’t mean abortion is okay.

She points out that a majority of abortions occur with women like herself. Recent data show that women in their twenties have the most abortions, and only 14 percent of abortions are obtained by married women. While California doesn’t report its abortion data for official demographic calculation, the Guttmacher Institute estimates that the most recent abortion rate was 19.5 percent, with 157,350 California babies dying from abortion in the most recent reported year. California is also infamous for its lack of abortion restrictions and its liberal abortion funding. Camille had every opportunity to obtain an abortion, and she chose life anyway.

Her openness in sharing her story is for a purpose. She says:

It is to tell you that if you end up with an unplanned/unwanted pregnancy, you do have a choice. That choice does not have to end with abortion. I wasn’t just another abortion statistic, and you don’t have to be one, either. You don’t have to give in to the lies that a baby will ruin your life, you’ll lose yourself, you’ll never be happy, wait until you’re ready. (On that matter, I don’t know of any mom who was ever “ready.” Nobody has all their ducks in a row.)

Today Camille and Dan are very happily married, and Camille says her life is “pretty freaking good.” They had three more children after baby Daniel, all of them girls, and she says, “I can’t imagine my life without Daniel, my only son, just because I could have come up with excuses of why I wasn’t ready to be a mom.” 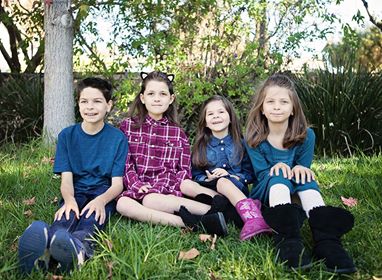 Now Camille is telling everyone she knows to come to her or to reach out to anyone — friends, churches, anyone — who will not just tell women that killing their children is the ‘easy’ or ‘best’ solution.

She tells her friends:

The words good and happy are not synonymous with the word planned. Daniel’s surprise appearance wasn’t on anyone’s radar, but his three little sisters might not be here now if his mom had not chosen life for him as well. His surprising arrival in the womb may have shifted gears for Camille and Dan, but it put them on a journey they wouldn’t trade for anything.