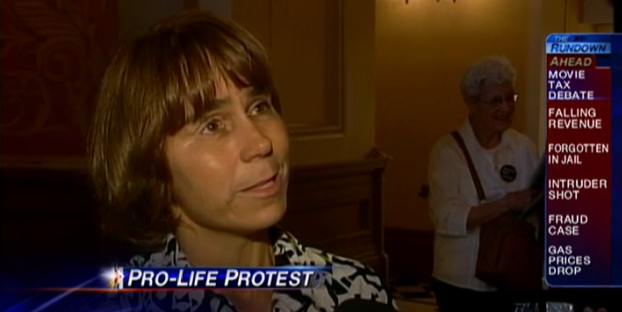 This coming Monday, Californian legislators will vote to reconsider an abortion bill we thought we had already vanquished.

As we heard last week, SB 1338 (the dangerous bill which would allow non-doctors to perform surgical abortions) was halted. The pro-life victory was short-lived, however, because the bill is up for a reconsideration vote on Monday, May 7.

In this video, we see a group of pro-lifers who came together to lobby against this bill.

Wynette Sills, a member of the Silent No More Campaign, stated:

SB 1338 it is not a good policy for women of California, in that it endangers our health and safety by lowering the standards of health care by allocating surgical abortions to non-physicians.

Voted “no” on SB 1338 last week. He will be greatly pressured by those who want this bill to pass, so we need to encourage him to remain strong and again vote “no” on SB 1338.

Voted “no” on SB 1338 last week, and represents the very Catholic district of Imperial Valley. Planned Parenthood has picketed his office and will continue pressuring him. We need to make sure he knows that his original decision was the right one.

Voted “yes” on SB 1338 last week, and has a 100% pro-abortion voting record. She needs to hear from women who have been hurt by abortion!

Voted “yes” on SB 1338 two times, and has a 100% pro-abortion voting record. Explain the impact of abortion on women and that we do not want our health care standards compromised. Urge him to vote “no” on SB 1338.

Voted “yes” on SB 1338 and has a 100% pro-abortion voting record. Continue calling him, in hopes that he will change his mind before Monday’s reconsideration. Urge him to stop our health care standards from being lowered and to vote “no” on SB 1338.

Co-author of this bill, and voted “yes.” It’s very important that he know that Californians do not want their health care standards lowered. Urge him to protect women and vote “no” on Sb 1338.

Let your voice be heard! Spread the word that this bill is up for reconsideration, and get everyone you know to call our senators. Let them know that we are not okay with having our health care standards lowered!