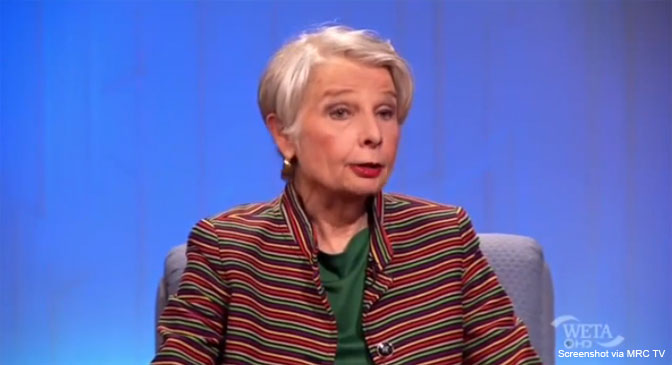 During a recent discussion on The McLaughlin Group regarding a new Georgia law funding pro-life pregnancy resource centers, The Daily Beast’s columnist Eleanor Clift told a whopper of a tale about Planned Parenthood.

While Clift noted that she doesn’t have an issue with the state funding pregnancy centers, she said she objects when “they try to cut funding to Planned Parenthood which provides a lot of health services and a very small number of abortions.”

Oh my. It seems that Ms. Clift has some research to do…

Translation: 300,000-plus abortions annually, nearly one in every three in the U.S., making Planned Parenthood the country’s leading abortion “provider”. But what some deem paltry.

Clift likely meant to say was that abortions comprise a “very small” percentage of Planned Parenthood’s services, which also include pregnancy tests and cancer screenings. But this too is a dodge, as detailed by Rich Lowry in a withering New York Post op-ed...

In a video from the Center for Medical Progress, Planned Parenthood Federation of America medical director Dr. Deborah Nucatola claimed that Planned Parenthood has “40 percent of the [abortion] market in the whole country.” As Live Action News’s Danny David reported, this may have been a slight exaggeration – but not by much:

… Planned Parenthood performs about 27.5% of all abortions in the United States, according to the Guttmacher Institute….

Eleanor Clift is one of those people in the media, apparently, who prefers to remain ignorant of the facts about Planned Parenthood – despite the abortion giant’s own numbers.

When it comes to abortion, the mainstream media tends to put on rose-colored glasses, exchanging accuracy in journalism for a script written by Planned Parenthood’s publicists.