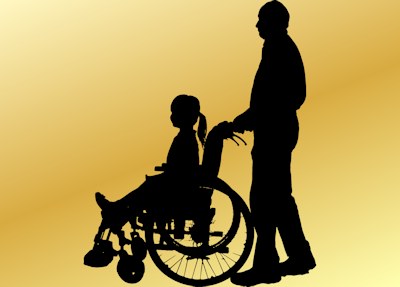 Some European countries may be barreling forward on the euthanasia train, but the Czech Republic is not one of them. What unfortunately is common in countries around the world is a fear and hatred of people with disabilities.

From parents filing wrongful birth lawsuits, to politicians advocating for mandatory abortions of disabled babies, there is no shortage of people out there who continue to live in ignorance. One such person is Czech politician Miroslav Mitloehner, who argued that doctors should be allowed to euthanize disabled children without parental consent, calling them “freaks” and “monsters.”

Miroslav Mitloehner drew strong protests after he argued in a recent article published in the Journal of Medical Law and Bioethics that “it makes no sense to prolong the life of a baby born as a monster.”

Mitloehner said doctors should be allowed to terminate babies’ lives without parents’ consent, adding that their disabilities led to the question “whether such a freak is a human being at all.”

Mitloehner said society should have the courage to agree to “legally end their life in the course of pregnancy or immediately after the birth.”

Vaclav Krasa, the chairman of a major organization of the disabled, compared the views to “Nazi thinking.”

Krasa said his Czech National Disability Council was shocked by the article and said “it is absolutely unacceptable to use the term ‘freak’ for human beings born with defects.”

The blowback was immediate. Mitloehner was forced to resign from his position as a government adviser to a scientific council, and he was fired by the University of Hradec Kralove, where he had been employed as the director of the Institute of Social Work.

While the response to Mitloehner’s abhorrent views is encouraging, this is just another example of a disturbing trend among the intelligentsia and some government officials. These people have advocated for “after-birth” abortions, forcible sterilization, and infanticide. While sometimes the outcome is appropriate, like in the case of Mitloehner, it oftentimes is either ignored or even applauded.

Consider Peter Singer, an “ethicist” who routinely argues in favor of not only abortions, but forced euthanasia, infanticide, and sterilization. Far from having his career destroyed or his personal reputation ruined for espousing such awful views, he remains in high demand and is a professor at Princeton University. There are countries that allow for the euthanasia of children, the disabled, and the elderly, and often it happens without the patient’s consent. Even the Dr. Phil Show advocated for the mercy killings of people with disabilities.

It is our job as pro-lifers to speak up on behalf of all people, who all possess inherent worth and value. Just because someone may have a disability does not mean their life is not worth living. And what is the inevitable result of a society which gives itself the authority to decide which lives are meaningful enough to be allowed to live, and which aren’t? That is a truly chilling thought indeed.