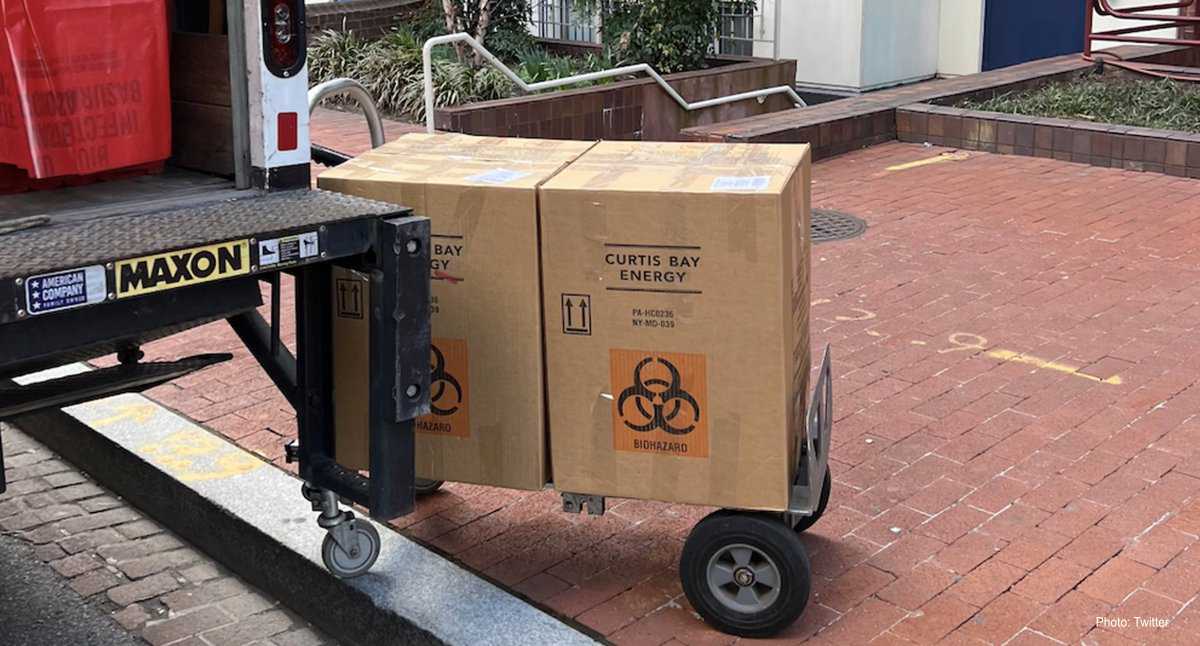 Tuesday morning, pro-life activists from the Progressive Anti-Abortion Uprising (PAAU) group held a press conference regarding the recovery of five aborted children from Washington Surgi-Center, an abortion facility owned and operated by abortionist Cesare Santangelo in Washington, D.C. Terrisa Bukovinac, founder and executive director of PAAU, and Lauren Handy, director of activism for PAAU, state that they were given a box of medical waste containing the remains of aborted children by a Curtis Bay Energy driver. But what is allegedly being done with Curtis Bay Energy’s so-called “medical waste” is truly disturbing.

One of the speakers at the press conference, Missy Smith, stated that Curtis Bay Energy is burning the bodies of aborted babies (along with medical waste) to create energy for Baltimore. “This means, tragically, that they receive, transfer, and burn the corpses of aborted babies to make electricity for the households and businesses of the Baltimore area,” Smith said. “If you live in the Baltimore area, you must know that aborted babies have been burned to keep your lights on and your house warm. We call on Curtis Bay Energy to end this barbaric practice, and confirm publicly that they have done so.”

According to the Curtis Bay Energy website, the company has the largest medical waste incinerator in the country, and is “the only facility in the Northeast Region that utilizes Waste-to-Energy incineration to safely convert infectious/biomedical waste and non-hazardous pharmaceuticals into useful energy.” Their process begins with “collection personnel” who transport the “material” to their autoclave or incineration disposal facilities.

It is not unheard of for aborted children to be used as an electricity source. In the United Kingdom, the bodies of thousands of miscarried and aborted babies were burned and then used to heat British hospitals. Similar practices were found to be taking place in British Columbia (Canada) and in Oregon (U.S). According to Live Science, this is a routine practice around the world.

Yet despite the testimony of Bukovinac and Handy, as well as photos showing Curtis Bay Energy stamped on the collection boxes and the delivery truck, Curtis Bay Energy denies any involvement in transporting fetal remains or using them to make electricity. 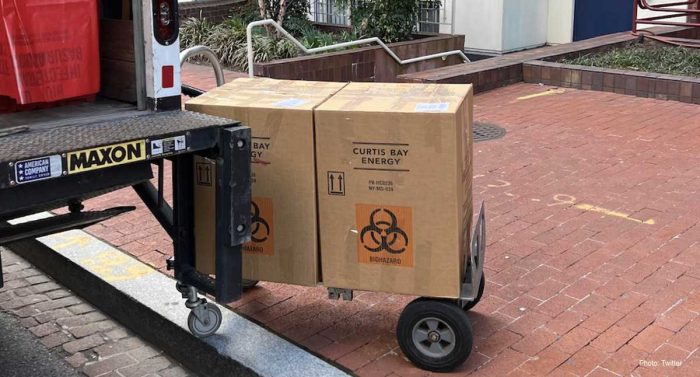 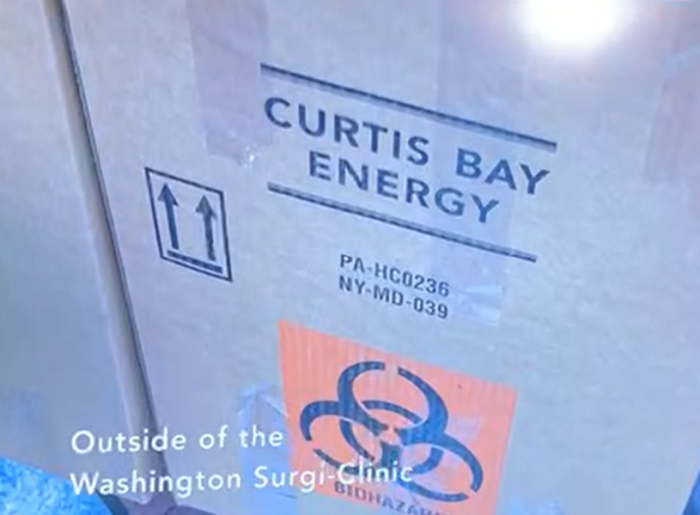 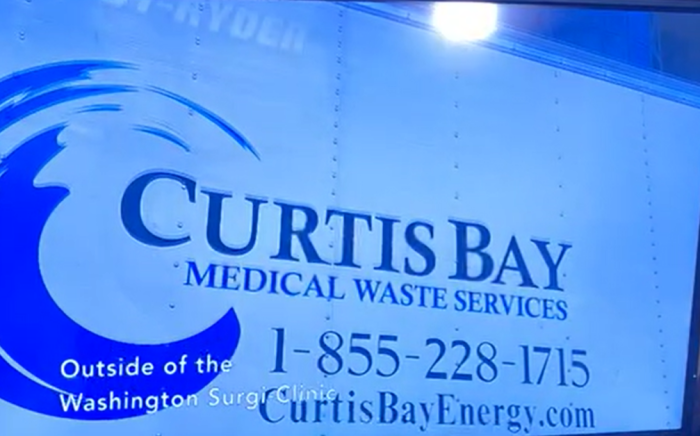 “On March 25, a Curtis Bay employee took custody of three packages from the Washington Surgery Center (Washington Surgi Clinic) and delivered all of them to Curtis Bay’s incineration facility. At no time did the Curtis Bay employee hand over any of these packages to the PAAU or other third party, and any allegations made otherwise are false,” the company said in a statement. “As stated in client agreements and company policy, customers like Washington Surgi Clinic are prohibited from disposing of fetuses and human remains via Curtis Bay’s services. Curtis Bay provides its clients with medical waste bags and boxes to use in a manner that complies with applicable law, client agreements and company policy. Curtis Bay continues to fully cooperate with law enforcement.”

At the press conference, Bukovinac specifically responded to Curtis Bay Energy’s statement. “When we spoke with the driver, he did say that he had already scanned the boxes in, and that was right before he asked, ‘What would you do with them?'” she said. “So, I am not sure if Curtis Bay is lying, or if he already scanned them in, so therefore, they’re accounting for them. From our observation, there was only two boxes, but it’s possible he had loaded one onto the truck before we arrived. And it’s definitely possible that they don’t know what is inside the box. It’s possible Santangelo was in violation of his contract with Curtis Bay, by putting these babies in this box. But one of them is in the wrong. One of them needs to be held accountable.”

Randall Terry, who founded Operation Rescue but is no longer involved with the organization, was also at the press conference, and responded with more cynicism. “I find it hard to believe that the company that takes medical waste from abortion clinics would never put two and two together, that there are aborted human remains,” he said. “It’s absurd. What do you think — what else would they have?”