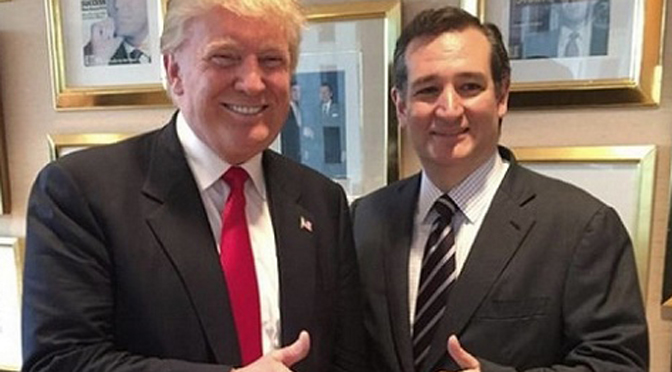 Trump told conservative radio host Hugh Hewitt, “I think you have to in this case,” suggesting that withholding the funds for ObamaCare only failed in 2013 because “Republicans decided not to stick together and they left a few people out there like Ted Cruz.”

Cruz, meanwhile, called for using “every and any procedural tool available” to defund Planned Parenthood, and argued that a shutdown—which would happen if the president refused to sign an appropriations bill to fund government operations because he deemed the absence of Planned Parenthood subsidies unacceptable—would be the fault of the abortion giant’s defenders.

“I think that is an excellent question for you to ask every Democrat,” he said, “if they’re willing to try to shut down the government in order to force continued taxpayer funding for an organization that has now been caught on film apparently repeatedly admitting to multiple felonies in buying and selling body parts in direct contravention of federal criminal law.”