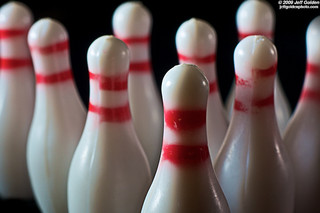 The National Abortion Access Bowl-a-Thon is dedicated to raising hundreds of thousands of dollars to pay for abortions. And they’re laughing about it.

The National Abortion Access Bowl-a-Thon is dedicated to raising hundreds of thousands of dollars to pay for abortions. This organized series of events, which started on April 11 and ends on Monday the 30th, has raised $446,783 at the time of this printing.

This (2012) is the Abortion Bowl-a-Thon’s third year. What’s the purpose? To “raise money to help women and girls pay for abortions they couldn’t otherwise afford.” Specifically, the “abortion funds help women pay for their abortions, help them buy bus or plane tickets, and even offer a place to stay for those who have to travel for an abortion.” Apparently, the organizers of the Bowl-a-Thon consider abortion a charity category that people should be able to donate to. After all, how much more charitable can you get than killing your own child or paying for someone else to kill hers? People with a giving heart should definitely be lining up for this stellar opportunity to spread the love.

On the Bowl-a-Thon’s website is a list where people can locate the event in their area, discover the teams participating, and find out how much money was raised. In my own state of Colorado, the Denver event gave its money to “The Freedom Fund.” Many of the team names are very telling. In Denver, they included The Gutter Belles; Roe, Roe, Roe Your Boat; GLAD (Good Looking Abortion Defenders); and Split Happens: Like Unplanned Pregnancies.

Needless to say, this group finds abortion a laughing matter. Many of their teams sport crude and cruel names: The Public Cervix Announcement, The Terminators, The Unused Condoms, The Rhythm Method, Operation Not Mothers, Vag of Courage, The Charlottesville Harlots, Sin City Sirens, and The Valient Vulvas. I don’t know about you, but I get they impression that they think that 1) abortion and promiscuity are absolutely hilarious; 2) children are an accident, so killing them is no big deal; or 3) you should be proud to support the killing of innocent, helpless babies. I’m not sure which is the worst.

One of the photos posted on Flickr by NNAF showcasing a mother with a baby who is participating in the Bowl-a-Thon that pays for other mothers to kill their babies.

As LifeSiteNews reported, several women are pictured at the Bowl-a-Thon’s events with their children or small babies. What a statement! “For some reason, I chose to keep you. But remember, you were once just a clump of cells that I had the right to kill. If I happen to ever get pregnant with another clump of cells or potential life that may turn out to be your brother or sister, I reserve the right to kill it and then laugh about it while celebrating with my friends in the bowling alley. You get to watch and remember how fragile and uncertain your own life once was.” Or something like that. Creepy.

Ben Johnson of LifeSiteNews also reports details about where all the cash goes (emphasis mine):

According to its press kit the bowl-a-thons’ beneficiary, the National Network of Abortion Funds (NNAF), is “an affiliation of more than 100 grassroots abortion Funds in 40 states in the United States, as well as Funds in Canada, Mexico, the United Kingdom, and online.”

“Over the past two months, more than 75% of the calls we received were from women who were 16 weeks or further into their pregnancy,” the foundation states.

The fund concentrates its work on “women living in the South,” as well as “women in prison, immigrant women, very young women and girls, and women for whom English is a second language.”

If you’d like to find out more about NNAF, read Ben Johnson’s article, as he details several foundations who donate to them as well as the recommendations that NNAF makes to women and girls seeking abortions. (Lying to family members to get the money, for example.)

I will leave you with a final sickening list, written by the National Access to Abortion Bowl-a-Thon (emphasis in the original).

Why participate in the Bowl-a-Thon?