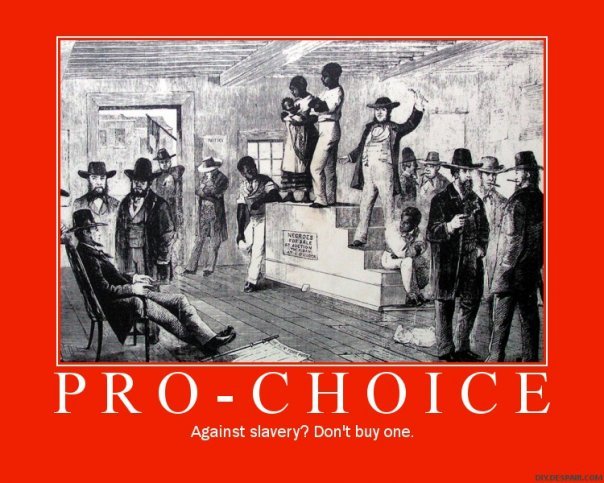 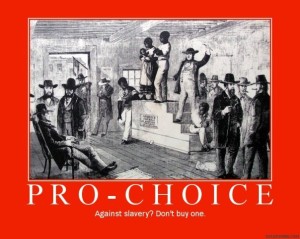 As the saying goes, all that’s necessary for evil to triumph is for good men to do nothing. But there’s something even worse than doing nothing: apologizing for doing the right thing.

That’s exactly the hole the Republican Party of Chisago County, Minnesota dug for themselves last week. After taking criticism for posting the image to the right on Facebook, party leaders (with one noble exception) tripped all over themselves to backpedal as fast as possible:

In a statement posted to its Facebook page, the Chisago GOP said that the post was created by an unknown member, and that due to the “large number of administrators” running the page, they have removed all users until they can determine the author.

“The Chisago County Republican Party is very sorry that something so clearly improper (either intended or in poor taste) ever made it to our page,” the executive committee wrote. “Postings like this are not representative of our party. We are a party that believes in Freedom for all Americans regardless of race or religion. It is after all where the Republican Party came from in its origins, the anti-slavery movement.”

While the party officially distanced itself from the meme, Minnesota GOP secretary Chris Fields, who is black, told the Star Tribune that he found “absolutely nothing offensive about that (Facebook) post.”

It seems that no matter how baseless, charges of racism are Republicans’ Kryptonite. MSNBC blowhard Ed Schultz tagged the picture as racist hate-speech. State Democrat Chairman Ken Martin called it “disgusting and reprehensible” for “a party [to] work so hard to sell themselves as multi-cultural and welcoming to others when their leadership approves and publicizes racist photos.” In what reads like the Huffington Post expects it to be taken as hard news reporting, Luke Johnson matter-of-factly describes it as “a racist Facebook post.” Not to be outdone, Aaron Rupar at City Pages bemoans the “extremely racist” post without once mentioning what “pro-choice” could possibly be referencing.

We could discuss how under no intelligent reading is the picture racist, endorsing slavery, making light of slavery, or any of the other absurdities our foes expect us to sit and take. We could explain that the abortion-slavery comparison runs deep and is completely valid. (And contrary to the genius critics who’ve bashed it for being unfunny, the fact that it’s sarcastic doesn’t mean it was meant to be humorous.)

But telling bad guys to stop being bad guys would be nowhere near as productive as pointing out to the ostensible good guys what their cowardice has cost us.

This is a picture that’s been floating around pro-life circles for years. Debaters like us are well acquainted with the argument. But when the media freaked out about a major party running with it, the ensuing attention created a platform from which the point could have been spread to scores of people who’ve never thought of abortion or its slogans that way before. If GOP leaders had responded to the hysterics with a confident, defiant message that this was something every American needed to hear, that being “pro-choice” on abortion is just as bad, for the same reasons, as the auction in the picture, they could have put their tormenters on the defensive. They could have changed people’s assumptions. They could have moved the ball closer to the end zone, for a change.

Instead, by unconditionally disowning the image, they did more than guarantee its message would be no more lasting than anything else shared on Facebook daily. They lent their own tacit endorsement to the smear that it was somehow shameful, that it contained nothing worth defending, that its underlying argument was beyond the pale.

Pro-aborts will be emboldened to demagogue any and all pro-life messages that hit too close to home, pro-lifers will face even greater pressure against speaking up, and unborn babies will continue to die.

Chisago County Republican Party, the abortion industry, and their allies in politics and media thank you for your assistance.