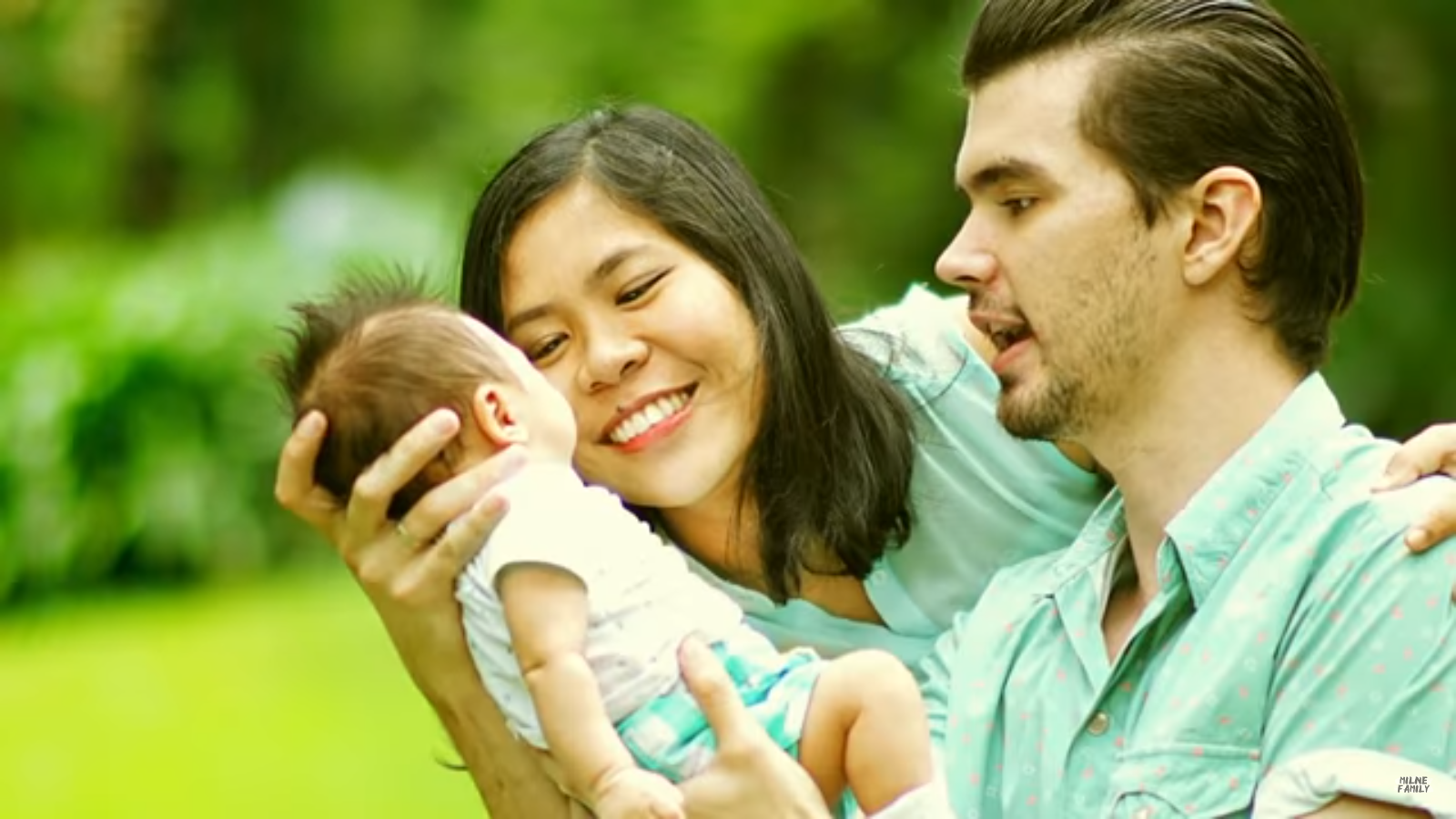 For three years, a couple in Indonesia impatiently waited for their daughter Chika and her husband Al to give them a grandchild.  The parents, especially Chika’s mother, were constantly pressuring the young couple, so when Chika and Al found out they were expecting a baby, they decided  to keep it a secret in order to surprise the grandparents. They claim it was an act of revenge for the years of persistent pushing for a grandchild, but it was the happiest act of revenge you’ve probably ever seen.

“So when we actually decide to have a child we decide not to tell [Chika’s mother], kind of as a punishment,” said Al in the video. Screenshot of Chika and Al from the pregnancy surprise video.

As soon as the couple, who lives in Australia, discovered Chika was pregnant, they started videotaping different activities they did. Then Chika got her siblings in on the surprise by having them get the grandparents in front of the video to watch it.

The video starts out innocently enough with Chika shopping for shoes, but as the confused grandparents watch, they see the couple head to the hospital for an ultrasound. Happiness when the grandparents realize their daughter is pregnant. (screenshot)

The video then shows the couple learning that they are having a baby boy, and then, more confusion as the grandparents watch the couple board an airplane in the video. Then before they realize what is happening, Chika and Al are at their front door.

The family shares some happy reunion tears and soon they are celebrating the birth of baby Benjamin. Grandmother holding her newborn grandson in screenshot from the video.

This happy video of a grandmother’s dream come true has been viewed more than 25,000 times on YouTube.