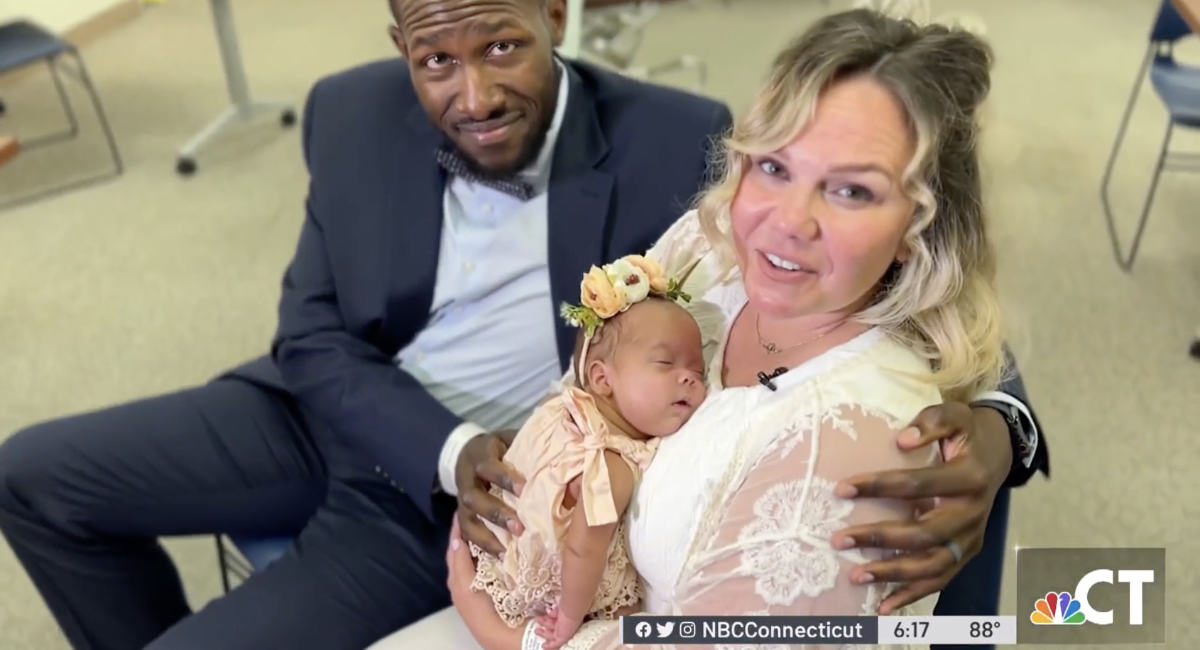 A Connecticut couple who had to delay their wedding plans due to their daughter’s unexpected premature arrival decided to tie the knot in the NICU, with their little girl right by their side.

Grier Stanley Barnwell and Jason Barnwell had planned for a wedding in late April, but Grier ended up going into labor and delivering baby Drue on April 21, when she was just 28 weeks pregnant. The newborn weighed just two pounds at birth and immediately needed intubation and a blood transfusion.

“The first 12 hours were really really rough,” Grier told TODAY Parents. “It’s just a helpless feeling and we are both protectors and doers and fixers and this was really a crazy curveball to not to be really able to do anything.”

Understanding that they were looking at an extended NICU stay, the couple decided to reschedule their wedding. “I was all sutured up and in bed I remember getting out the laptop and emailing Father Tony, who’s our rector for our church, and also the photographer, to say, ‘Hey we are not going to be able to meet next week. We’ve had a little change of plans,’” Grier said. “They told us we would be in the NICU for at least eight to 10 weeks, which brought her up to her due date of July 14.”

The couple picked a new ceremony date but then Father Tony got ill, forcing them to reschedule once again. Finally, a nurse suggested that they get married in the NICU.

“She’s like, ‘Oh well, you guys should just get married here,’ because she knew what had happened with Drue coming early,” Jason explained.

They decided to run with the idea, holding a ceremony right in the hospital room, as Grier held baby Drue in a carrier. “Drue gave us a smile at the end,” Grier said. “She was smiling probably because it was her plan.”

To make things even better for the family, little Drue was released from the hospital on August 5, after more than 100 days in the hospital.

“We love each other even more,” Jason said. “It’s like ‘Wow, look how far we have come. Look how far Drue has come.’ All those emotions are catching up (to us). It’s like, ‘Wow look at what we did, look how strong we were as a family, all of us together.’”