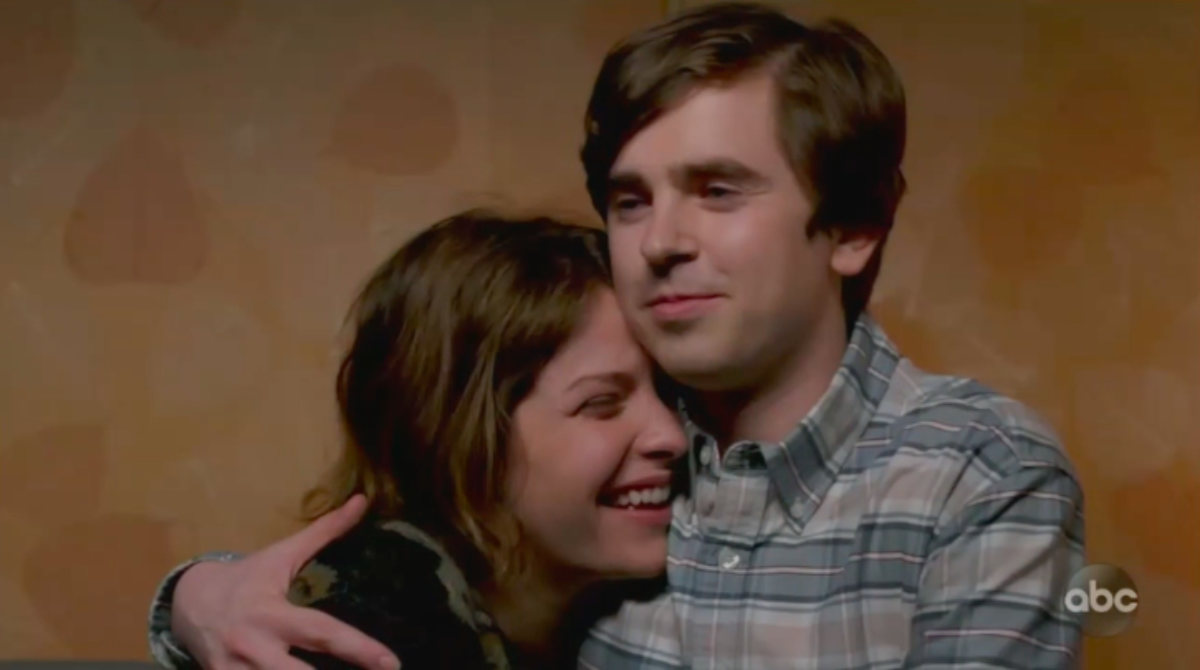 (Newsbusters MRC) It is not often that a television drama promotes a pro-life viewpoint (just last week, ABC’s A Million Little Things featured an abortion at a Planned Parenthood) so when one pops up, it is noteworthy. In the March 22 episode of ABC’s The Good Doctor, titled “Teeny Blue Eyes”, Dr. Shaun Murphy and his girlfriend debate going through with an unplanned pregnancy.

Shaun (Freddie Highmore) and Lea (Paige Spara) are in a new live-in relationship. Lea is unexpectedly pregnant. Both Shaun and Lea want to have children but the question is whether or not this is the right time to do so.

One concern is that since Shaun is autistic, the baby may also be autistic. Isn’t it politically incorrect to be concerned about such a thing as a hereditary disability? Another concern is that Shaun is entering a demanding career as a surgeon and Lea is building her career in computer technology at the hospital. (By the way, why do medical professionals on TV find themselves in situations like unplanned pregnancies, anyway?)

As is Shaun’s habit in decision-making, he makes a list of pros and cons. Lea does the same.

Lea: MM, pasta with olive oil. Kinda puke-proof. Have you thought any more about…

Lea:  I guess I’ve learned from you. What’s the first thing yours says?

Shaun: That I think I would be a good father… But that I can’t know for sure.

Shaun: You were right. It is very complicated. But I do know… …I want you to be happy, Lea.

Lea: I have so many reasons to do this. And so many doubts. I’m just scared, Shaun. But if we are both having doubts, then maybe now isn’t the right time.

Clearly, they both want a baby but are nervous about how their lives will change and doubts cloud their judgment. The decision to abort their baby seems half-hearted. Yet, the appointment is made and they go to the clinic.

Then, fortunately, they admit that this isn’t the decision they want and decide to go through with the pregnancy. Lea was trying to tell herself it was “a good idea,” but having the abortion “doesn’t make [her] feel any better.” In fact, “it just makes [her] feel really sad.”

Shaun: She called your name.

Lea: I spent all day reminding myself of all the reasons why this was a good idea. But now that it’s actually happening, it…doesn’t make me feel any better. It just makes me feel really sad. Maybe it’s not the right time, but will it ever be?

Shaun: I feel the same.

Lea: Are we really doing this?

Shaun: We are having a baby. Yes.

It’s good news! Ending the life of an unborn baby over whether or not the timing is perfect is beyond nauseating. The pro-abortion industry has tried to train people to think it is a “good idea,” but like Lea said, abortion only brings sadness. At least, in this case, the ending is a happy one.