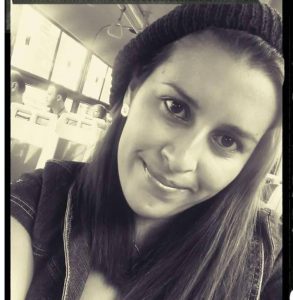 (Save the 1) My name is Elizabeth and I live in Costa Rica. While attending university I was raped and I got pregnant with a beautiful girl who, at the time, I wanted to abort. Of course, as a young person who took care of herself — a good girl — I felt I did not deserve to be a single mom. No, I had to abort!  However, one day while I was crying about my situation, my little girl (although at that moment I did not know if my baby would be a male or female) began to move. I decided to receive therapy and I told myself, “Ok, I will place this baby for adoption — I do not have to be burdened with a kid that I did not order.”

Months passed and I learned my baby is a girl. It was strange because I hated and loved her at the same time. I was confused: how could I love something that came from such a bad act? The days passed and my princess was born.  Since I was a little girl, I would say: “When I have a daughter, her name will be Gaudy.”

On February 19th, my much-questioned baby was born and to complicate matters, she was delivered by cesarean section.  When I woke up from the surgery, God had placed some wonderful nurses to care for me and lovingly they told me: “Look at that pretty girl.” Just like that, I fell in love with my daughter. Yes, that little bundle of joy who smiled when I spoke, the one that “ruined” my life, that . . .  “That,” as I called her when she was inside me. 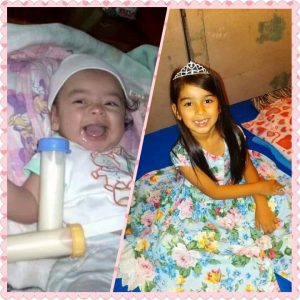 When I went to see her in the hospital nursery, this little one who I had convinced myself deserved nothing from me, smiled at me and looked upon me with loving eyes. Yes, that baby stole my heart. Thanks to my psychologist and all those who helped me, I am happy, I survived, and I thank God because I have the best gift that life could give me — my daughter. She is my everything, my little princess.

It has been 9 years since her arrival and thanks to her birth, I am a more complete human and a strong and happy woman. I now know that abortion would have made my situation worse – especially since I am unable to have more children. She is my blessing. Abortion is never a solution. Thank you my child. You make my life a place full of love and hope!

The act of rape is so bad, but it cannot be healed with yet another act that is equally painful and violating. Abortion will never help a rape victim overcome the trauma and will only make the situation worse. 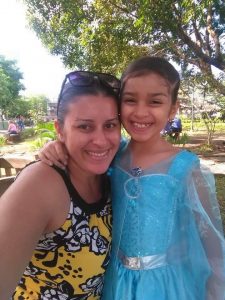 The same day that those men violated me, they also raped and impregnated my friend Karol, but she decided to abort.  At first, she thought that everything would be fine. However, one day the two of us were in a park in San Jose. It was December and my baby was then 10 months old. When we saw each other, we cried a lot. She saw my daughter and began describing to me what the face of hers would have looked like. She shared with me that she could not stop feeling like a killer. She knew that her little girl was not to blame but she understood this truth too late. Everyone told her to abort “that bastard son of a horror.” She had no one to help her with kind words of encouragement. She said to me: “Eli, how I envy you because I will never know how she could’ve been . . . .”

Months later, I went to visit Karol, but to my horror, I found that she had committed suicide. Her mother told me that she was never the same and that the abortion overwhelmed her. I remember my friend as a beautiful and special girl.

We don’t need “butchers” calling themselves doctors. What a victim of rape needs is psychological and emotional support and the aid of professionals — not the words of people who aggravate the problem. I wish all women had the opportunity to be supported to defend the lives of those who cannot defend themselves. Those children, even from rape, are not to blame! 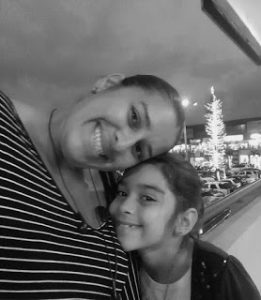 I do not want to judge. I know how horrible rape is, but aborting will never help. In my country of Costa Rica, we do not have an army because we do not believe that violence solves violence. However, there are, of course, still criminals and evil, but I was raised with the certainty that, using evil against evil, will never work. On the contrary, to give love will bear fruit. Believe me, it’s true! Rape scarred me as a woman, but that “man” cannot do me any more harm. I will never give him that power.

To this day, I am the mother of a blessing.

With therapy, with the love of my baby and with much help, I am happy and I could never imagine my life without her.

Elizabeth originally wrote this blog in Spanish for our Save the 1 Spanish blog, www.salvarel1.blogspot.com, and a member of our Spanish team translated.

Editor’s Note: This article was originally published at Save The 1 on January 19, 2017, and is reprinted here with permission.