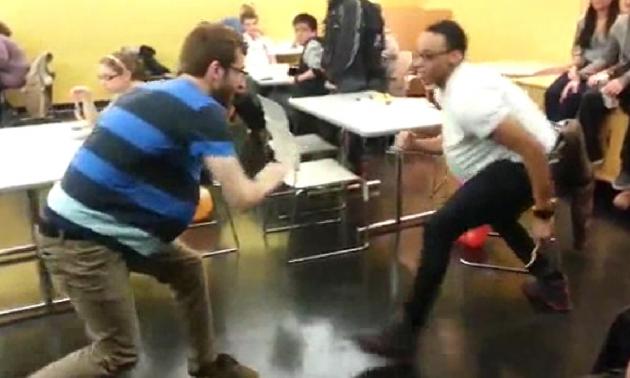 A Hispanic pro-life volunteer was assaulted last month by a pro-abortion-choice woman during a peaceful prayer vigil outside of Planned Parenthood. The assault was captured on video and uploaded to YouTube, and it’s been interesting to watch how pro-life and pro-abortion-choice people respond after watching the video.

Many pro-lifers reacted as if this incident validates their position on abortion, as if what this woman did proves abortion is wrong. It doesn’t. This woman’s actions have nothing to with the rightness or wrongness of abortion itself. The woman acted badly, even illegally, but that doesn’t prove anything about her side of the debate; it merely highlights the aggressive behavior of one person when confronted with an opposing view. On the flipside of the same coin, an idiot vigilante shooting an abortionist doesn’t prove anything about the rightness or wrongness of abortion either.

Many pro-abortion-choice people reacted to the video by defending the woman’s actions. One commenter said, “I believe she had every right to do what she did.” The woman who committed the assault swung at the Hispanic pro-lifer, cutting his arm with an unknown object, drawing blood. No, regardless of how offended we may be by another person’s peaceful protest, we do NOT have the right to attack them!

I’ll take that a step further. It’s really unfortunate that so many people from both sides of the YouTube debate reduced themselves to cursing and calling names, instead of making a reasonable argument. One commenter said, “I don’t care about abortion one way or the other, but if that worthless *expletive* had done that to me when I wasn’t bothering anyone, then I would have beat that stinking *expletive* into the dirt.”

I know it’s just YouTube, and that site is known for commenter’s attacking each other, but I would love to see people sit back and ask themselves before posting a comment, “would I say this to another human being if they were sitting across the table from me at Starbucks?” Probably not. So instead of abusing the anonymity of the internet in order to spew verbal puke at each other, let us reason together, considering the other person’s argument, and responding in kind. Perhaps then we can move debates on issues like abortion to the next level.