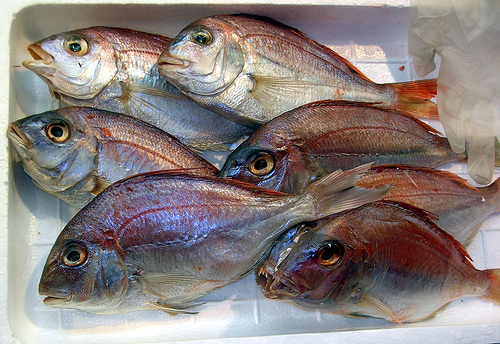 Editor’s Note: A version of this article was first published by HomeschoolingTeen.com and is reprinted with permission.

In May of 2012, an expert in heavy metal pollution in water and a former researcher at the University of Hawaii named Liangjie Dong reported in the Journal of Environmental Sciences that China has high levels of estrogen disrupting compounds or EDC in its drinking water.

An artificial hormone known as progestins mimics the human progesterone, either alone or when combined with estrogen. When used in contraceptive pills, these synthetic hormones make their way into the water supply. A study that used 23 water samples from 6 river sources in China, found all of them contaminated at higher levels than rivers in the United States, Europe, Australia, and South Korea.

Before concluding this is just a problem for China, consider the fact that 27 percent of our American seafood comes from China.

The contraceptive pills Chinese women take go through their digestive systems and out through the sanitation system where they affect water supply and marine life. Conventional water cleaning processes fail to catch the micro medicine EDC that is in the water. Arguing that China’s water is safe, Tom Chan, who is the chief engineer of the Shanghai Water Authority Water Supply Management Division, stated that the test was done using untreated river water, that only small or trace amounts were found, and that the water purification process reduces levels of EDC.

Nonetheless, others have noted that current water treatment methods in China are inadequate to stop the EDCs from getting into the drinking supply. And even trace amounts of contraceptives from residential or human waste treatment facilities in the water supply is considered significant. 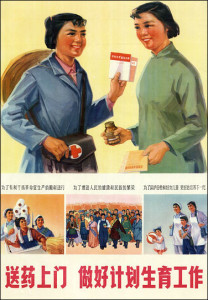 Where is all the estrogen coming from? China’s population control efforts have not been successful at getting married women on the hormonal pill. The high dose of the early versions of birth control led women to resist it initially for its severe side effects. Given the one-child policy in China, more permanent means of birth control were promoted, namely an IUD that could not be removed and sterilization after the birth of a second child.

More recently, however, young, unmarried Chinese women have preferred hormonal contraception in the  hope of retaining the option to marry and have a child later.

What does this information add up to? There are concerns both within China and among those who buy fish from China, that the EDCs stay in the water and affect the marine population. According to a recent article analyzing fish imported from China to America, less than 2 percent is inspected by the U.S. Food and Drug Administration and the U.S. Department of Agriculture.

More alarming still, China’s fish farms use contraceptives to breed mature fish as rapidly as possible. Contraceptives used at Chinese fish farms add to the EDC or endocrine disruptors coming from human contraceptives that get into the local river systems. Wild fish and marine mammals are most affected by the drugs in the water because they are swimming in it. The EDC affects the female marine mammals the most because it makes them produce more females than males and sometimes turns the males into females.

While it is unclear what the long term effects of these birth control pills in the water will be, changes noted in lower life forms is always reason for concern. Even a liberal online magazine like Mother Nature Network has advocated trying alternatives to taking contraceptive pills including abstinence, especially in light of the effects hormones are having on the environment. Even if other arguments for banning oral contraceptives get ignored, surely endangering the environment by adversely affecting the water supply and altering marine life (and, ahem, the food supply) is sufficiently compelling to cause those with environmental ideals to wake up to the fact that birth control is not terribly environmentally friendly.