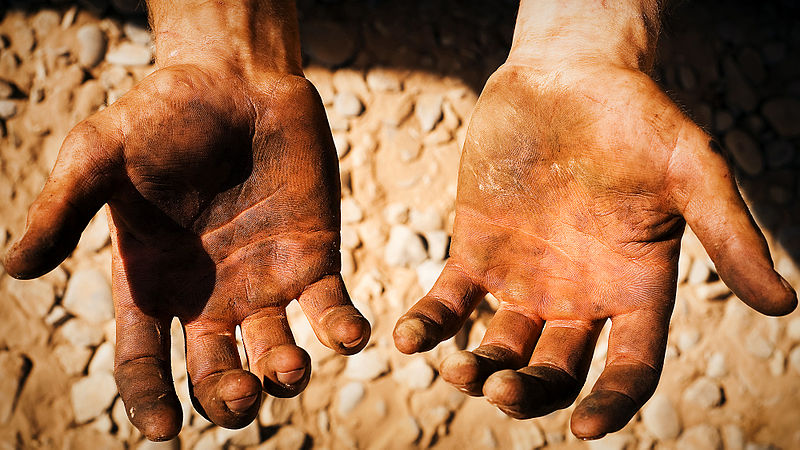 Are you pro-life? If so, you may wanna get to a sink; a congressman thinks you have dirty hands.

That would be Rep. Luis Gutierrez (D-IL). He recently said pro-life legislators should “keep their dirty, filthy hands off of Planned Parenthood,” America’s largest abortion chain.

Now, it’s likely Gutierrez isn’t talking about hygiene; he might mean “dirty” in a moral sense. In that case, he picked the wrong target. After all, if the congressman is worried about “filthy hands,” he should look at Planned Parenthood’s.

When an adult tells a minor, “Please don’t say I told you this,” it’s usually a bad sign. It was when a Planned Parenthood counselor said that to Live Action founder Lila Rose. Rose had just stated she was 14 and pregnant by her 31 year-old boyfriend. The counselor’s advice? Lie about his age when seeking an abortion.

This wasn’t the only time Planned Parenthood staff have been willing to enable abuse. When Live Action volunteers posing as human traffickers visited Planned Parenthood clinic director Amy Woodruff, she offered to set up abortions on underage prostitutes who “can’t speak English” and “won’t know what’s going on.”

Like when it helped Gary Cross arrange a twenty week abortion on his 13 year-old stepdaughter after he raped her. She was well below the age of consent, but that didn’t prompt staff to contact authorities. By destroying the evidence, they allowed her abuse to stay hidden.

Planned Parenthood took a similar approach to Timothy Smith’s 13 year-old victim. One staffer admitted “being 13 and pregnant alone is not a red flag” there.

Edgar Ramirez’s 13 year-old daughter got treated the same way, with Planned Parenthood saying nothing about the two abortions it performed on her in six months.

The victims of Luis Gonzalez-Jose, Andrew King,John Haller, Adam Gault, Grey David Woods, Kevon Walker, and John Blanks, Jr. weren’t a priority either. Unfortunately, the complete list is probably a lot longer–there’s no way to know how many victims stay silent. The good news? You don’t have to.

As you can see, if anyone has dirty hands, it’s Planned Parenthood. It’s time to stop putting money in them.